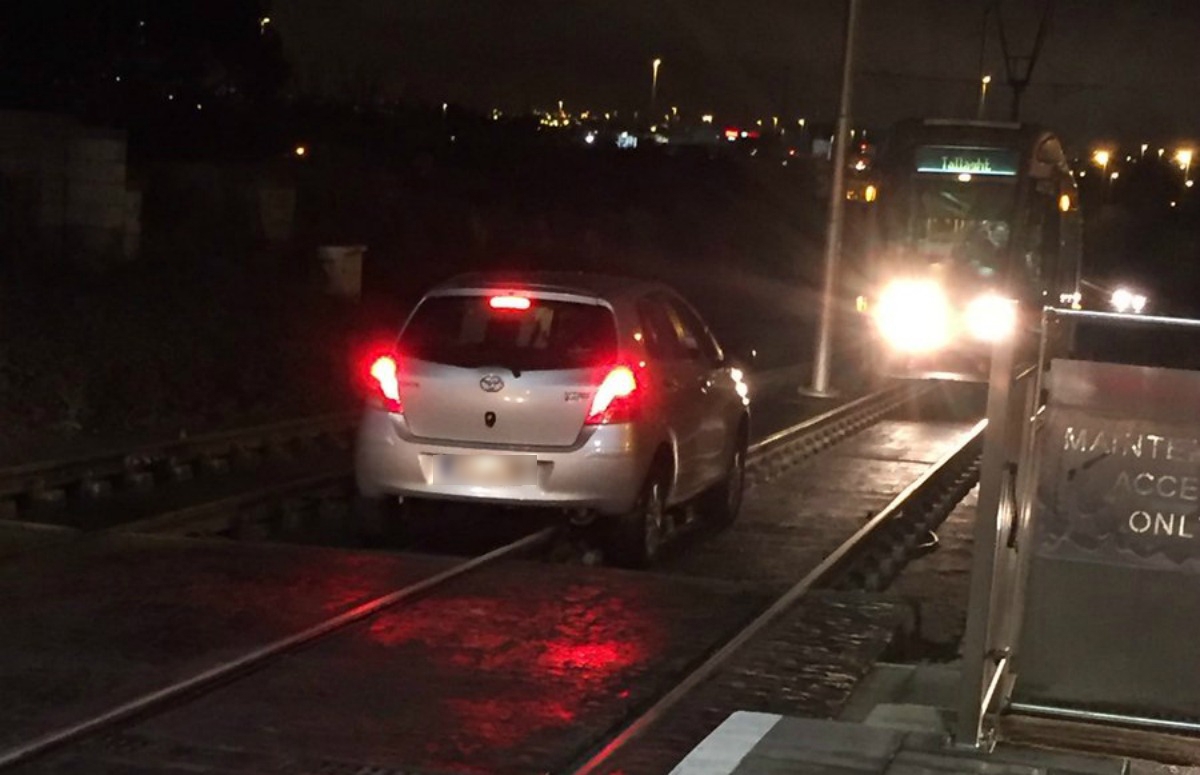 Passengers on the The Luas red line were delayed last night for a significant amount of time after a driver drove onto the tracks at Kingswood and got stuck.

According to eyewitnesses the driver mounted the tracks at speed before realising their mistake.

In an attempt to avoid colliding with the oncoming tram the motorist then began reversing but the wheels of the vehicle got stuck.

Trams arriving in both directions could not reach the stop at Kingswood, and so passengers were forced to evacuate.

Thankfully nobody was injured and the car was eventually removed before normal service on the red line was restored.

NEWER POSTClondalkin father, his two sons and a teenager charged with murder of Neil Reilly
OLDER POSTResidents say they are not living in fear after stabbing incident