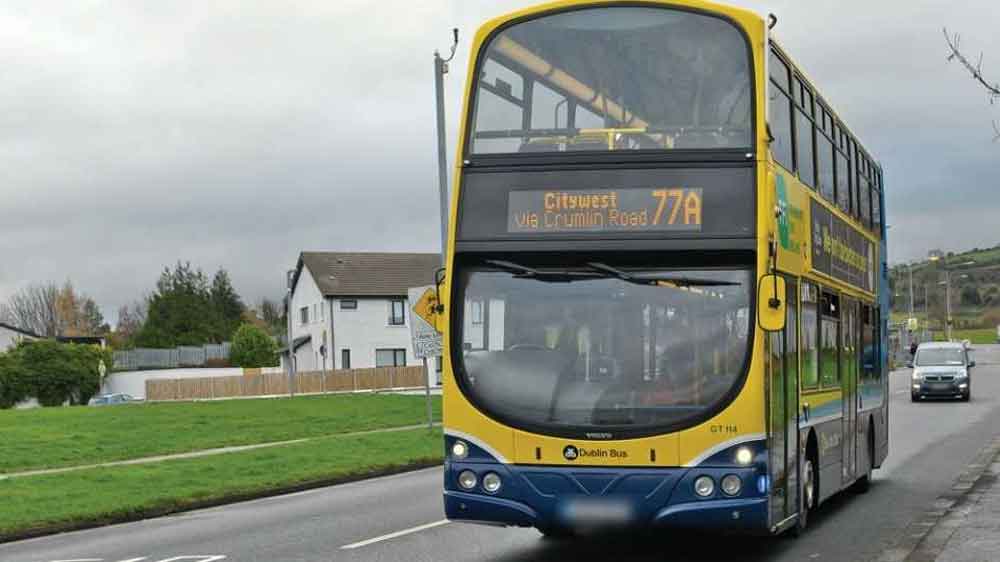 Buses to stay on the road with route restrictions

FOLLOWING discussions between Dublin Bus and trade unions today, buses will not terminate at The Square in Tallaght – but some route restrictions are in place.

As reported earlier, a plan was in place to curtail routes serving West Tallaght, with buses terminating at The Square from 6pm this evening, Thursday, January 12.

The move, brought forward by unions SIPTU and the NBRU, is in response to the worsening issue with anti-social behaviour that has been affecting bus services in the area.

Last December, there were 34 reported instances of anti-social behaviour affecting buses, drivers and passengers, primarily in West Tallaght, during the course of the month.

The instances included assaults on drivers, an assault on a passenger, projectiles such as eggs and stones being thrown at buses, vandalism and verbal abuse.

As a result, the 27, 77A, 65B, and 56A routes were to be curtailed every evening “until further notice”, according to NBRU official Sean Yeates.

However, according to Dublin Bus, after discussions with trade unions and other stakeholders including An Garda Siochana,  the 27, 56A, 65B and 77A will follow the “usual and agreed anti-social behaviour protocol”.

Rather than terminating buses at The Square, this protocol will operate from 6pm on Thursday evening, January 12.

From this evening the below protocol will be in operation…

To and from Jobstown buses will operate from The Square Tallaght, via the N81 to Fortunestown Road and terminate as normal.

Route 56A
Buses will operate to and from The Square Tallaght via Cookstown Way to normal route at Katharine Tynan Road.

Route 65B
Normal route to Firhouse Road West then divert via Whitestown Drive to N81 and back to normal route at Blessington Road. Buses will not serve Killinarden Heights.

Route 77A
Normal route to The Square Tallaght then divert via N81 to normal route at Blessington Road. Buses will not serve Whitestown Drive and Killinarden Heights.