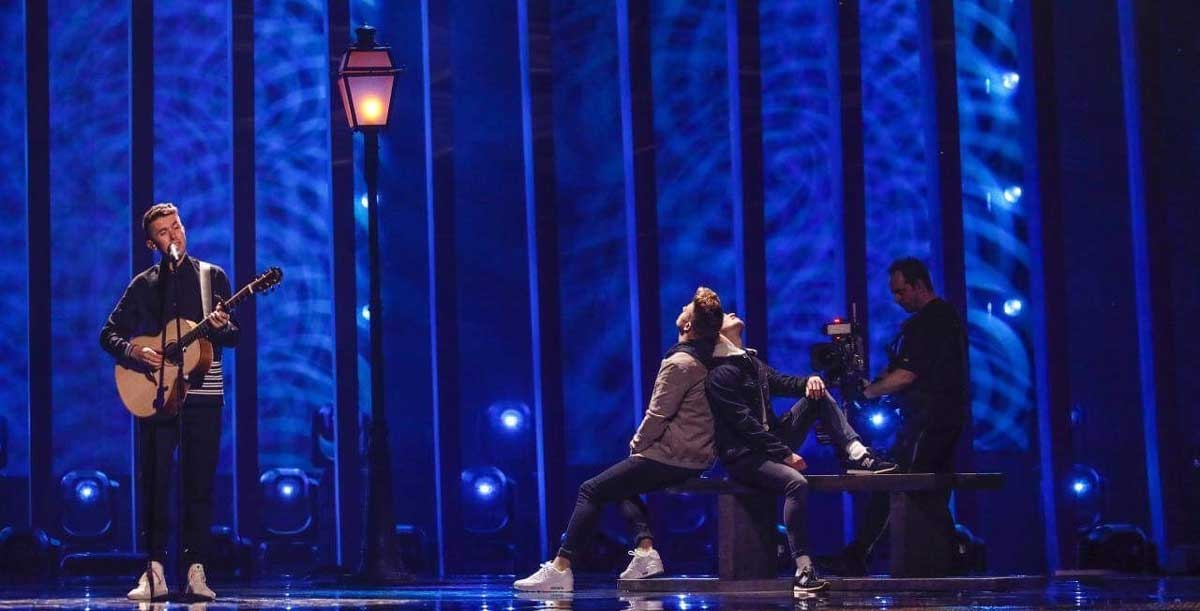 Tallaght dancer to perform on Eurovision for Irish entry

Tallaght eyes will be on the first Eurovision semi-final tonight as Alan McGrath from Old Bawn graces the international stage as he performs a dance routine to accompany Ireland's entry.

Tallaght dancer McGrath’s previous accomplishments include dancing at the EMA’s in 2011 for Justin Bieber, performing on the Voice of Ireland 2016, touring the world with Celtic Women and most recently, Ireland’s Got Talent.

The Old Bawn native runs a dance school with his sister Lisa called Dizzy Footwork Academy, with the school celebrating its 10th anniversary next year.

Ryan O'Shaughnessy, who previously appeared on Britain’s Got Talent in 2012, will sing Ireland's entry song 'Together' in the hope of making it to the Eurovision finals on Saturday night.

Alan McGrath in rehearsals in Lisbon

Terenure’s Laura Elizabeth Hughes, who co-wrote Ireland's song with Ryan O'Shaughnessy and Mark Caplice, began work as a library assistant in Tallaght’s County Library in March of this year, while Tallaght's Janet Grogan, who has previously appeared on the X Factor, will provide baking vocals for her country's song.

The Eurovision Song Contest will start at 8pm tonight and will see 19 countries compete for 10 places in Saturday’s final. The second semi-final will be aired on Thursday.