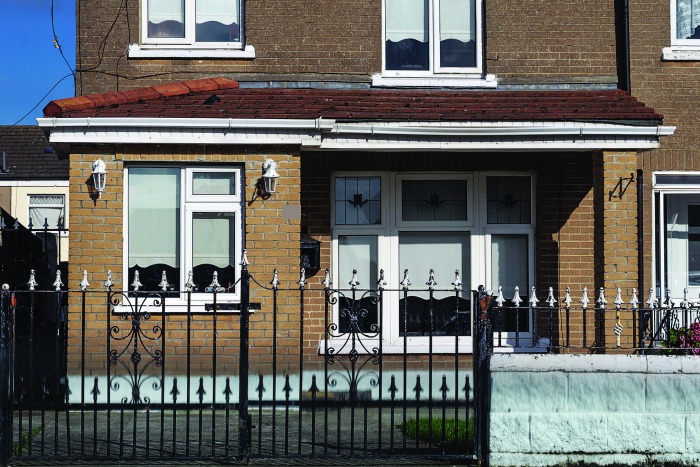 A MOTHER and son, who discovered an error in Bank of Scotland’s sale of their €170,000 mortgage to American-owned “vulture fund” Tanager Limited, smiled as they left court on Tuesday after a judge threw out Tanager’s bid to take back their home.

Judge Jacqueline Linnane’s decision to strike out Tanager’s re-possession proceedings in the Circuit Civil Court may have a serious knock-on effect for Tanager’s attempts to take back other homes where mortgages are in arrears.

Tanager Limited, of Clanwilliam Square, Grand Canal Quay, Dublin, is an American-owned private equity fund that snapped up more than 2,000 distressed home loans at discount rates from Bank of Scotland Ireland following its cross-border merger in 2010. More than 90 per cent of the loans were two years or more in arrears.

When Michael and Ann Reilly, of Kilclare Avenue, Tallaght, Dublin 24, found out that Tanager was seeking a court order for possession of their home on the basis of a default in repayments, Mr Reilly then started probing the transfer of his mortgage to Tanager.

He discovered his loan was with the Governor and Company of the Bank of Scotland which had been dissolved at the time. He had then been asked to sign a form to signify his mortgage was with Bank of Scotland Plc before it sold its distressed loans to Tanager.

Judge Linnane said that in accordance with a Supreme Court decision relating to another case, Bank of Scotland Plc at the time of transfer ought to have been put on the land folio for the Reilly property and this had not been done.

Barrister Veronica McInerney, who appeared with Sherwin O’Riordan solicitors for Tanager, said the error in title had occurred at a time when there had been a number of transfers and acquisitions involving the bank.

She said that at the time of the transfers and acquisitions Woods Hogan, the solicitors for Bank of Scotland’s various entities, would probably have used a pro forma document (to be signed as a matter of form) relating to mortgage transfers.

Ms McInerney said Mr Reilly had been sent a document to transfer the mortgage, which had been in favour of The Governor and Company of the Bank of Scotland, to the new entity Bank of Scotland Ireland.

She told Judge Linnane the previous solicitors on record had been Woods Hogan and a clear mistake had been made. She said Tanager should be granted leave to bring a motion simply changing the title of the mortgage.

Judge Linnane said she was granting Mr Reilly’s application to strike out Tanager’s application for possession on the grounds of lack of jurisdiction and want of locus standi as he had outlined in his motion.

She was amazed that despite all the lawyers involved it had taken a lay litigant such as Mr Reilly to discover the error.

“Banks should be much more careful in what they are doing,” Judge Linnane said.