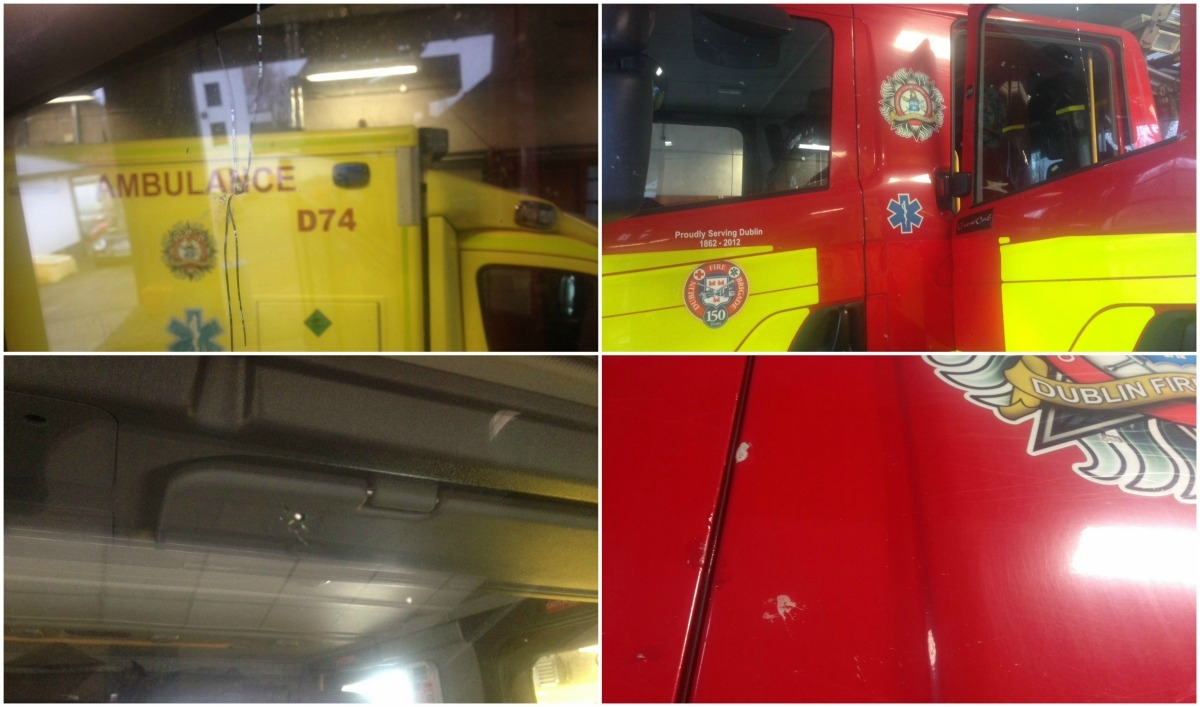 THE windows of a Tallaght fire engine needed replacing after the crew came under a random attack at 4am this morning while returning to the station after a call-out.

The local fire crew was after coming off the Lucan to Tallaght link road and was on route back to their station on Belgard Road when they were set upon by a group throwing stones.

Speaking to Echo.ie, a local fire fighter confirmed that one of the stones chipped the windscreen while another cracked the passenger-side window.

The fire fighter said: “All we’re asking is that people respect us.

“We had a very busy day today and people throwing stones at an engine can take a truck off the road, and have a serious knock-on effect.”

New windows for one of our appliances as it came under a random attack returning from a case early this morning. No crew injured. pic.twitter.com/dPEzQHd0jh