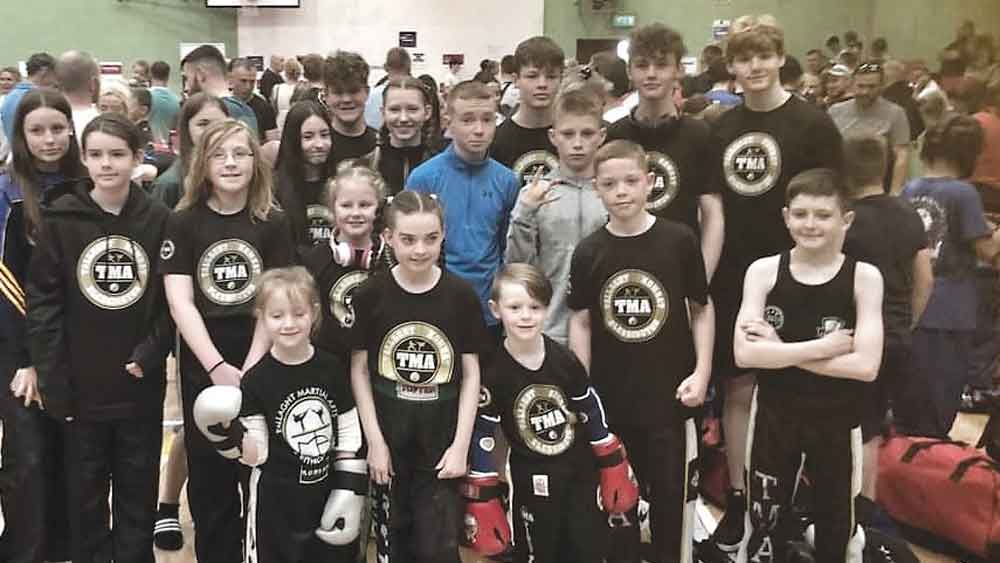 Tallaght Martial Arts competitors at the Laois Open in Mountmellick

TALLAGHT Martial Arts competitors were back in action at the Laois Open in Mountmelllick on Sunday, bagging 14 gold, 10 silver and nine bronze medals.

Lily Potter scooped silver in Under 6 Points Fighting before Josh Potter earned gold in Novice and silver in the Intermediate Under 10 PF.

Next up for the TMA team is a Kickboxing Ireland National team training camp in Sligo in August ahead of the Tallaght Open in Firhouse Community College on September 11.