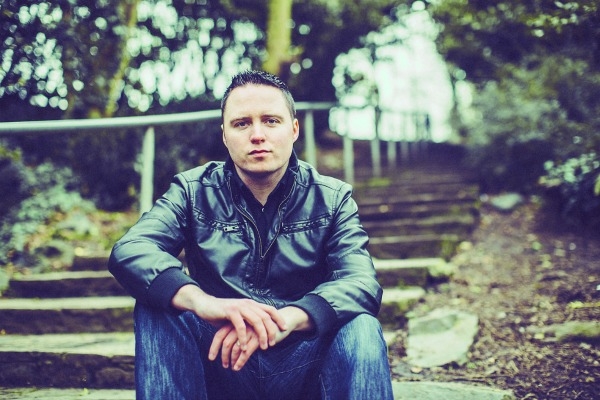 HARDWORKING Tallaght musician Keith O’ Connell is, after more than two decades of writing his own music, releasing his debut single this May.

Keith, who grew up in Aylesbury but now lives in Kilnamanagh, has spent most of his 36 years invested in music, with the pop-rock artist’s dedication and passion keeping him grounded on his musical path over the past three decades.

A full-time musician, Keith does regular cover gigs while writing his own songs and this May 27 he’ll release his debut single, At the End of the Day, on iTunes – which will be followed by the release of his ten-track album Genetic Lottery in September.

This week, Keith took five to speak with his local paper.

When did you first pick up a musical instrument?

I’ve been playing piano since I was seven. I’ve always loved music. I started writing songs when I was around 13 and it was only following that that I took to the guitar to back up my voice and have been playing ever since. I find the guitar a great alternative to writing songs on piano. When I left school, I worked in three different music shops and went to college to study music in Ballyfermot’s Rock School, CSN College of Further Education in Cork and then did the music performance course in Kylemore College.

Do you remember the first tune you learned on guitar?

Wonderwall by Oasis. The song has been overplayed on radio over the years, but there was something about the rhythm of the guitar intro that I loved when I first heard it.

What’s the first album you bought?

The first album I bought was (What’s the Story) Morning Glory by Oasis. Micheal Spencer Jones, the guy who did all the artwork for the Oasis albums and artwork for The Verve, who was also the official Oasis photographer, created the artwork for my upcoming album, Genetic Lottery, which was great.

How would you describe your music?

I would describe my songs as pop-rock, but a few of them cross genres, some are rock, laid back piano ballads and some have elements of jazz chords or indie guitar riffs, so it would be hard to pin point my exact style.

Where do you get inspiration for your lyrics from?

A lot of the time I would come up with the music first and then play the music until I find a melody to go with it, and then usually the lyrics come afterwards. Sometimes I write lyrics and the music comes after that, so it really depends on the song. I don’t set out to write songs, sometimes ideas for songs come to me when I am not planning to write a song.

Was there a reason why the ten-tracks on your upcoming album made the cut?

The 10 songs that made it to the album were songs that I had road tested to live crowds at open mics and gigs, they were the 10 strongest songs that got the best reaction from the crowds I played to. They’re the songs I like the best as well.

Who did you work with on the album?

The album was recorded by Dave Molloy, he’s the guitarist from the Voice of Ireland backing band and he’s a highly sought after guitarist/producer. I went to London to get the album mixed by Steve Power, he mixed and co-producer all the Robbie Williams albums and he has worked lots of acts including Blur, Feeder and Joe Cocker.

You’re releasing your debut single, The End of the Day, on iTunes this May 27 – what’s the song about?

The song At the End of The Day is a song that I wrote on holiday in Ayia Napa a few years ago, while dying with a hangover by the pool! Lyrically a lot of the words are obvious “As the sun shines bright, everyone is happy…it seems like this is the place we should have been a long long time ago”.
The chorus has the lyrics “At the end of the day what have we got, if we haven’t got a song to sing”…those lyrics show how big and important music is in my life and although some of the lyrics are not as obvious to the listener, I’m very happy with how the song turned out.

Is there any musicians that you admire or who have influenced your sound?

When I was growing up I was trying to find out what the best pop and rock musicians were that played piano. The one that resonated with me the most was Billy Joel. I’m not talking about the Uptown Girl and Tell Her About It type stuff, if you check out his live videos on YouTube from around 1976 his backing band were amazing and his piano playing and singing was unreal. I actually won a once in a lifetime all expenses paid prize two years ago to see him live in Madison Square Garden in New York on Q102 – they were looking for Ireland’s biggest fan and I won the overall prize! So I suppose his songwriting and sound would have been a huge influence on my songs. I was also lucky enough to get Richie Cannata to play sax on one of the songs on the album, he was the sax player in The Billy Joel Band from 1975 to 1982 and he played on all the big hits.

You’ve been playing music for 20 years, is it difficult to get your sound out there? Has social media helped independent musicians?

I’ve been involved in music for years and I think if you really love what you do, you will find ways to get your music out there by playing live and getting recordings done and putting together videos. I think social media and YouTube have really helped musicians get their music out to millions of people. The fact that people can find you online and share your music and videos with their friends is a huge help for promoting what you do as an artist.

How much time do you put into your music? Do you gig a lot?

I spend a lot of time playing music, anyone that knows me will tell you I am obsessed! I play gigs every week and if I am not playing live somewhere, I am planning my next move.

You’re playing in Molloy’s this May, what’s been the most memorial gig you’ve played?

Yeah, I am playing at Mid-weekers at Molloys in Tallaght village on Wednesday 25th of May. I’m really looking forward to that one, as I will have a full band with me that night, playing the songs as they sound on the recordings. The musicians that will be playing with me are amazing. The most memorable gig I have done was a sold out support slot before Aslan in The Cork Opera House a few years ago. I got a huge reaction from the crowd and loved it.

For the rest of 2016… I’ll be putting out the single on iTunes on Friday 27th May and there’ll be an official video for that song made before the song is released. The album is fully recorded and will be released in September and I’ll be doing a good few radio interviews and live performances and continuing to enjoy doing what I do.