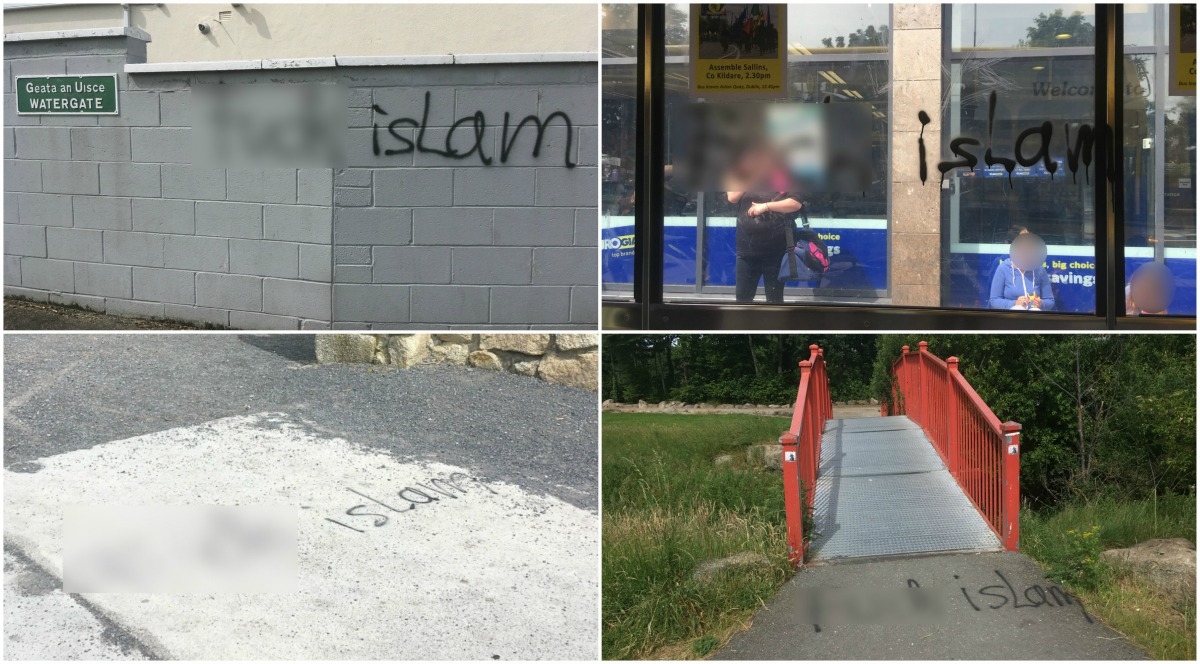 Sean Walsh Memorial Park in Tallaght was covered in anti-Islam graffiti on Sunday night - with more of the mindless vandalism spotted on bus stops at The Square.

On Monday morning residents reported the graffiti, with the same message spray painted in each location which said, “F*** Islam”.

Dr. Ali Selim, a prominent member of the Islamic Cultural Centre in Dublin condemned the graffiti and said he believes the person who did it ‘acted out of ignorance’ and has a skewed view of Muslims.

He said: “I would say that this is individual behaviour, not a common trend. This person has not been educated and has been brainwashed by the media hype around Islam.”

When pressed further, the Trinity College lecturer said that Muslims everywhere were being blamed by the actions of terrorists.

He said: “The media has a responsibility for how Muslims are portrayed. When an attack is committed by a non-Muslim, there is no mention of their race or religion.”

He also said that Ireland was different to other countries in that it was generally welcoming of Muslims, saying: “This isn’t a common trend. Two-thirds of Muslims in Ireland are Irish-born and Muslims have been able to integrate better here than in other countries.”

He called Leo Varadkar’s visit to the Clonskeagh Mosque yesterday to mark the end of Eid Mubarak ‘a wonderful gesture’.

Speaking to Echo.ie, one woman waiting at the bus stop said she was personally offended by the graffiti. The Kiltipper woman said that as someone with Muslim family members, she found the wording personally offensive.

She said: “I have family and friends that are Muslim. I feel like it’s an insult to them. They’re wonderful people when you meet them.”

The woman went on to say she hadn’t noticed Islamophobia in Tallaght before and that she was surprised to see it as “Dublin is full of kind people”.

George Brennan from Springfield was also waiting for his bus when he saw the message. He said: ”It makes me very sad. Over the years we’ve become a multicultural society and I think the country is far better for it.”

Several footpaths leading to the playground in Sean Walsh Memorial Park bore the message, as well as the area in front of several bridges in the park.

A team from the council were in Sean Walsh Park on Monday afternoon removing the graffiti.