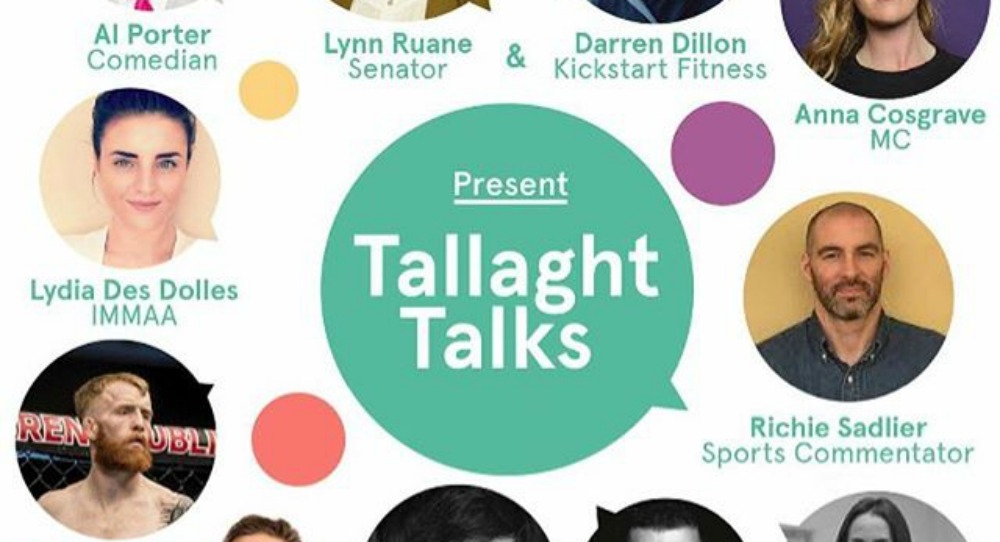 THE community of Tallaght is being encouraged to be part of a pro-active grassroots approach to mental health by engaging in a free, unique, and important community-led event this December.

Called Tallaght Talks, the event is being organised from within the community after five people tragically lost their lives to suicide in September.

Spearheaded by Senator Lynn Ruane and Darren Dillion of Kickstart Fitness, the free event aims to promote awareness of the mental health services available to the community – alongside opening up dialogue locally on mental well-being and suicide.

The first of its kind in the area, Tallaght Talks is, according to organisers, being held after a recent suicide cluster hit the community, with five people tragically losing their lives to suicide in the space of a few weeks.

One of the people who sadly lost their lives to suicide was 17-year-old trainee barber Jason McCarthy, whose mam Janice last week made a heartfelt appeal to young people feeling down – encouraging them to reach out and ask for help.

Speaking to The Echo Senator Lynn Ruane said: “I’ve been to so many amazing mental health conferences and open dialogues and I can tell you now I’ve never bumped into a young man from Tallaght there.

“We want to bring everything that is good about mental health events into the hearts of the communities that need them the most, starting with Tallaght. We want to talk too.”

She added: “This event is for the whole community and we want the day to be informative and also to act as signpost to all of the different services.”

Senator Ruane stressed how the day-long event, which is open to the entire community, will bring the expertise and information that is promoted at citywide and national events to Tallaght, in the hope of addressing the issue of mental health at grassroots level.

Darren Dillon, of Kickstart Fitness, said: “Tallaght is our Community. We want to talk openly about suicide in our area.
“We feel that five people in the space of weeks is epidemic and needs to be addressed.

“We are aware of young people and old taking their own lives, assuming there are no options and no help available.

“I personally am not qualified to fix this problem, but I know that together as a community someone needs to lead us into conversation to help us understand the cause and effect of suicide.”

The event will also explore the importance of looking after your mental health while creating a platform for local groups, including Jigsaw, Lust for Life, SOAR Foundation, Amnesty International and Pieta House, to profile their service.

“With a multitude of services and community voices championing these in Tallaght, it is hoped that the event highlights the importance of mental health.”

Tallaght Talks is a free event for the community on Saturday, December 3, from 10am to 4pm in the Plaza Hotel – with lunch provided.

For further information or to book your place, email tallaghttalks@gmail.com.