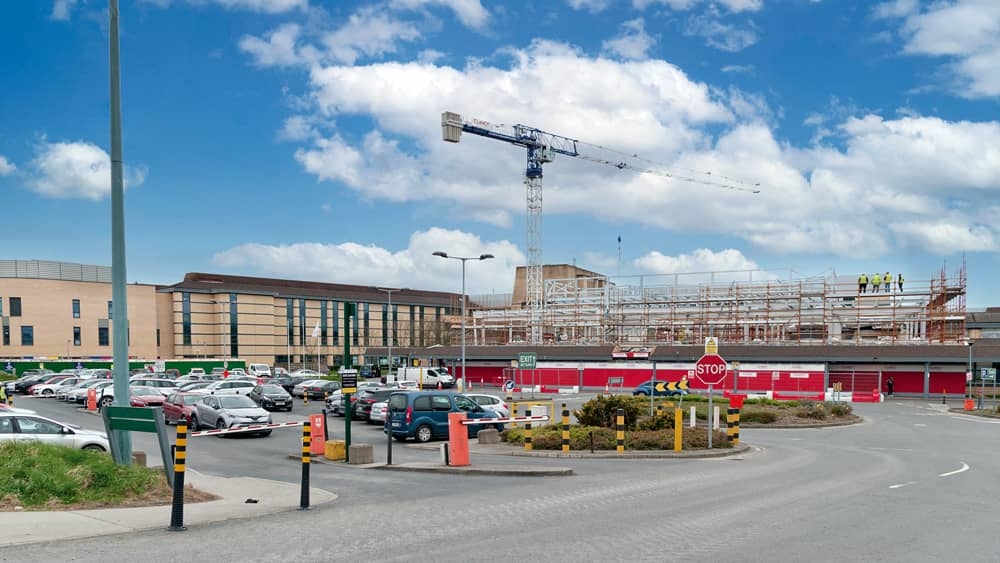 TALLAGHT University Hospital has this week being designated as one of two Trauma Units for Dublin, which will support the development of a national trauma system.

On Tuesday of this week, the Government approved the designation of the Mater Hospital as the Major Trauma Centre for the Central Trauma Network.

According to the HSE, the Major Trauma Centre at the Mater will provide all major specialist services relevant to the care of major trauma, ‘leading to better outcomes for severely injured patients’.

The Trauma Units at Tallaght and St Vincent’s will deliver trauma care for less complex cases or patients with injuries that are considered time critical, and where direct transfer to the Major Trauma Centre is not possible within the necessary timeframe.

Speaking during the announcement, Minister for Health, Stephen Donnelly said: “Major trauma involves complex injuries that have the potential to be life changing or life ending – on average, around 1,600 patients in Ireland suffer major trauma injuries each year.

“Studies have consistently shown that severely injured patients are 15-20 per cent less likely to die if admitted to a Major Trauma Centre than if admitted to other hospitals.

He added: “Seriously injured trauma patients will now be treated by the right clinicians, in the right hospitals, as quickly as possible, and will receive much more rapid care from specialist trauma teams who can identify life-threatening injuries much quicker and perform life-saving operations earlier.

“In treating trauma of a lesser severity, the two Trauma Units in Dublin will be essential to ensuring that the Major Trauma Centre is capable of dealing with major trauma when it arrives.”

In a comment to The Echo after Tuesday’s announcement, TUH CEO Lucy Nugent said: “The future development of Trauma services is central to TUH’s 2019-2024 strategy and our focus on the development of an integrated care approach.

“Ensuring an integrated care approach across the continuum of Trauma Care is vital from a patient perspective to ensure timely care and intensive rehabilitation to return a patient to the best possible quality of life.

“The hospital admits over 1,500 Trauma patients per year of varying severity levels.

“[Around] 400 of these patients are classified as major trauma cases.”

She added: “The appointment of the hospital as a Trauma Unit is, I believe, an acknowledgement of our existing trauma expertise and we look forward to working with the HSE to further develop our infrastructure, which will combine with our commitment to continuous reorientation of models of care towards a patient perspective.”

The National Trauma Strategy recommends the introduction of an inclusive trauma system for Ireland, with one Major Trauma Centre in Dublin and a second based in Cork University Hospital, servicing the South Trauma Network.

It further recommends that these major centres are linked to several Trauma Units throughout the country, with Dublin having two units.