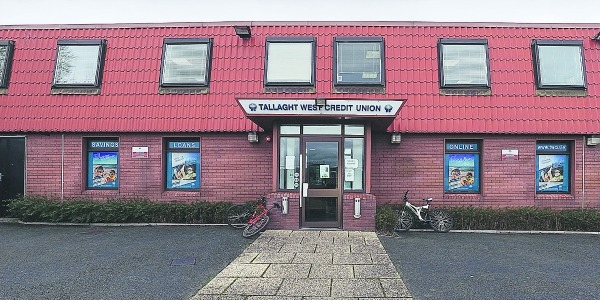 The credit union was granted permission in 2012 for the rebuilding of its Cookstown Road premises and intend to proceed with the development in April.

With construction scheduled to take place from April to September, they will have to vacate their present building.
Tallaght West Credit Union reached an agreement with the adjoining Marks Celtic FC to place a temporary prefab building on their grounds for the duration of works.

South Dublin County Council initially refused permission for the reconstruction of the credit union in 2012 – citing concerns with regard to the location and proximity of the premises to a public foul sewer.

Overturning the decision on appeal by the credit union, An Bord Pleanála was satisfied the existing credit union building can be extended “without undue damage to the drainage network serving the site.”

Therefore it considered the proposed development would not be “prejudicial to public health and would be in accordance with proper planning and sustainable development of the area.”

The relocation plan was given the green light by South Dublin County Council on February 29.