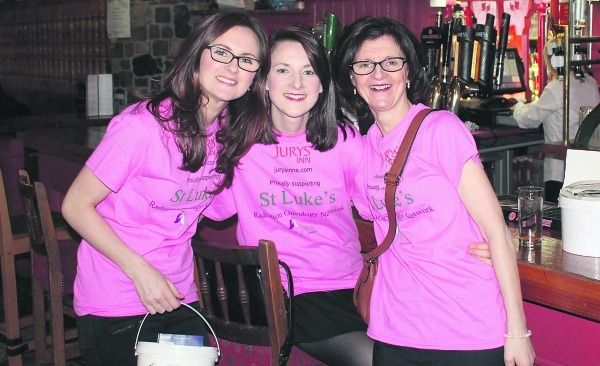 A HEALTHCARE assistant is to set out on a challenge from Tallaght to Tanzania this October, in aid of St Luke’s Hospital in Rathgar, and has already raised thousands of euro in support of the hospital.

Veronica Meade will be travelling to Tanzania in October and has held a final fundraiser in the Red Cow Inn on April 29, smashing her final tally goal by raising €12,000.

Speaking about her reasons for fundraising, Veronica said: “I see people coming in and out for treatment and I see how The Friends of St Luke’s help make that journey a little more comfortable.

“I try everyday to show a little kindness, to let people know I care and that I want to help, everything from helping someone take a walk in the gardens or anything else someone might need, but I want to do more.”

Veronica, who has been working as a healthcare assistant with St Luke’s Hospital for the past nine years, was joined by her fundraising committee, which included her family, and her friends and supporters at the fundraiser in the Red Cow Inn.

The challenge began with a Mother’s Day raffle in the Old Mill, where €771 was raised. It was followed by bag-packing in Marks & Spencer stores on Henry Street and Grafton Street, with just over €6,000 raised.

A further €1,000 was raised by Aquilant, which organised a bake sale and pie-face competition to help raise funds.

It was rounded off by the fundraiser in the Red Cow, which saw an additional €4,000 raised, bringing the total to €12,000 with entertainment provided on the night by Shamróg and DJ Jamie Higgins with a bundle of raffle prizes.

Training for the sponsored walk has already begun, with Veronica now setting her sights on making it to Tanzania in October.