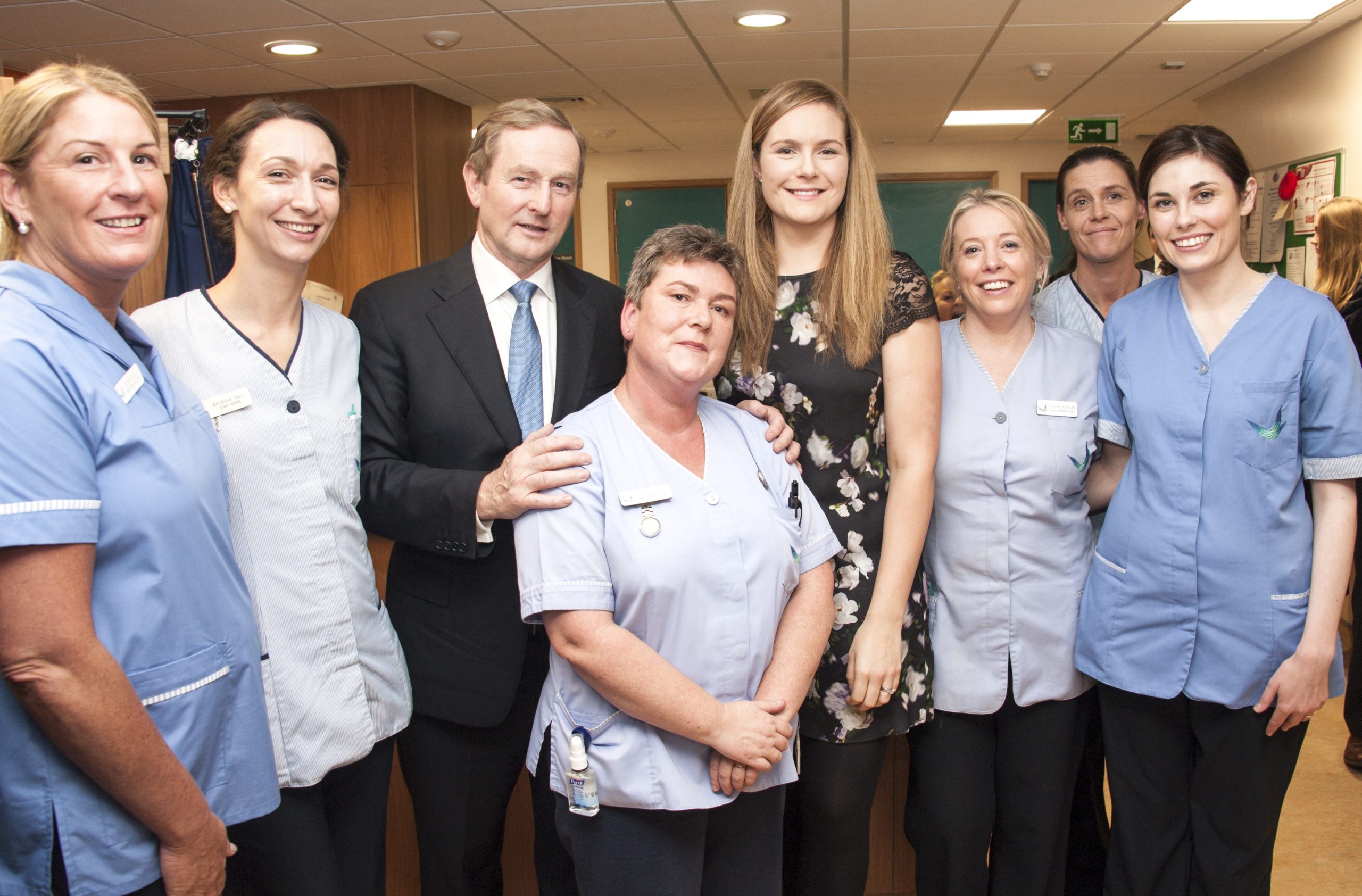 A new day ward for Haematology day ward for patients in Tallaght Hospital was officially opened by An Taoiseach Enda Kenny on Wednesday.

The new ward provides a dedicated space specifically for Haematology patients, with both benign and malignant haematological disorders, including ambulatory care, blood testing and specific treatments such as chemotherapy and blood transfusions.

The Charlotte Haematology Day Ward replaces the old unit with a more spacious facility, which is intended to improve patient flow, patient privacy and patient observation.

The Ward is named in honour of the late Charlotte McMenamin who started working at Tallaght Hospital in 1998 when it first opened.

Charlotte was well respected and had a distinguished career in nursing, working as the Medical Assistant Director of Nursing.

An Taoiseach, Enda Kenny, said; “It is excellent to see this new haematology facility at Tallaght Hospital.  I was pleased to meet with healthcare professionals and staff at the Hospital who should be commended on their compassion during the oftentimes demanding work that they do day after day.”

Dr Johnny McHugh, Haematologist and spokesperson for the Tallaght Hospital Clinical Haematology Department, said: “We provide services for those with both malignant and benign haematological disorders, including approximately 200 new patients who are diagnosed with haematological cancers every year.

“This new facility will help us to continue to provide that service in a more effective way to as many patients as possible.

“We have a wonderful and highly skilled team working here at the Hospital and I know that each person is excited about the potential of this new Ward. It is also fitting that the ward be named after Charlotte McMenamin who contributed hugely to life at Tallaght Hospital and we are delighted to welcome her family here today.”