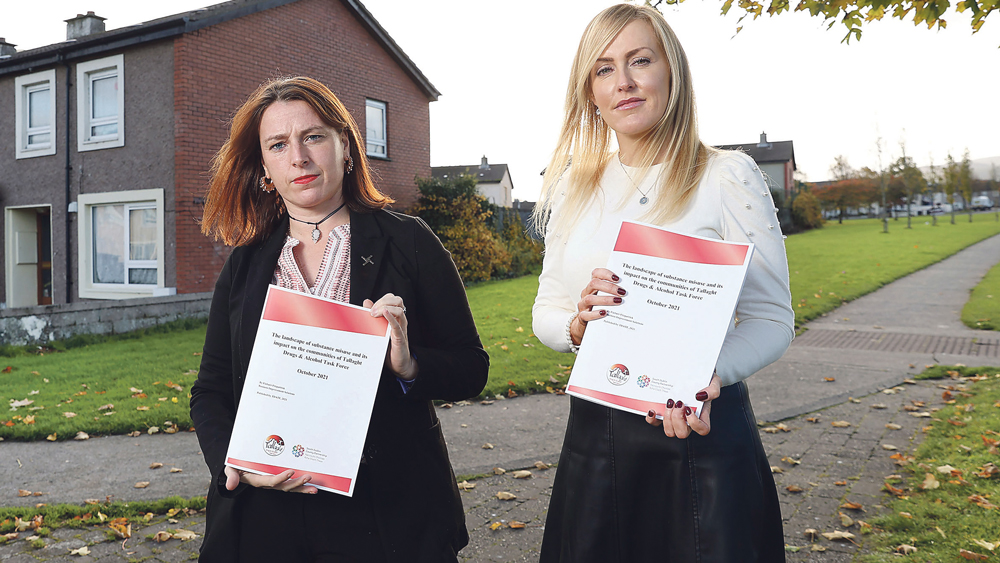 THE Tallaght Drugs and Alcohol Task Force (TDATF) will receive a proportion of €1m of Government funding to increase access to and for the provision of community-based drug and alcohol services.

According to a response to a parliamentary question raised by Fianna Fáil Niall Collins TD, the Department of Health will “shortly announce” this new funding.

This follows on from a report released by the TDATF earlier this month, called The Landscape of Substance Misuse and its Impact on the Communities of Tallaght’s Drugs and Alcohol Task Force.

The report highlighted the ongoing issue with crack cocaine addiction in the locality, and noted that over 400 people – 33 per cent of whom are women – are in regular contact with the task force in relation to crack cocaine use.

According to the report, terminology such as “epidemic” and “tsunami” was used by frontline workers to describe the impact of crack cocaine use in the locality.

The report says that the scale of drug and alcohol addiction in Tallaght is among the highest in the country, and is growing at the fastest rate, with 75 per cent of new cases presenting in 2020 coming from the area covered by the TDATF.

In his parliamentary question, Deputy Collins asked the Minister for Health, Stephen Donnelly, if he had read the TDATF report and if he would make a statement on it.

In response, Minister Donnelly stated, in part: “The Department of Health will shortly announce funding of €1m to increase access to and for the provision of community-based drug and alcohol services.

“This funding will support the work of drug and alcohol task forces. A proportion of this funding will be allocated to CHO 7 (which includes Tallaght and south west Dublin).

“In Budget 2022, I secured an additional €6m for new measures to support the implementation of the National Drugs Strategy and strengthen the health-led approach to drug and alcohol use, as set out in the Programme for Government.

“This includes €0.5m to address high-risk drug use, such as crack cocaine and other drugs, to expand harm reduction responses both in local communities and as a response to the use of stimulant drugs in the night-time economy.”

Minister Donnelly advised that, in relation to Tallaght specifically, the TDATF should “engage with the HSE” in the expansion of their new harm-reduction initiative.

“I believe that [the] problem of drug use in Tallaght requires an inter-agency response, involving An Garda Síochána, the education and youth services, the HSE, local development agencies and community organisations,” he said.

“I am providing dedicated funding in 2022 to the HSE to expand harm-reduction responses to high-risk drug use, such as crack cocaine, at national level and in local communities.

“I would encourage the Tallaght Drugs and Alcohol Task Force to engage with the HSE on this initiative.”

The task force currently funds harm reduction services, such as needle exchanges, that are provided by the Community Addiction Response Programme (CARP) in Killinarden and Jobstown Assisting Drug Dependency (JADD).