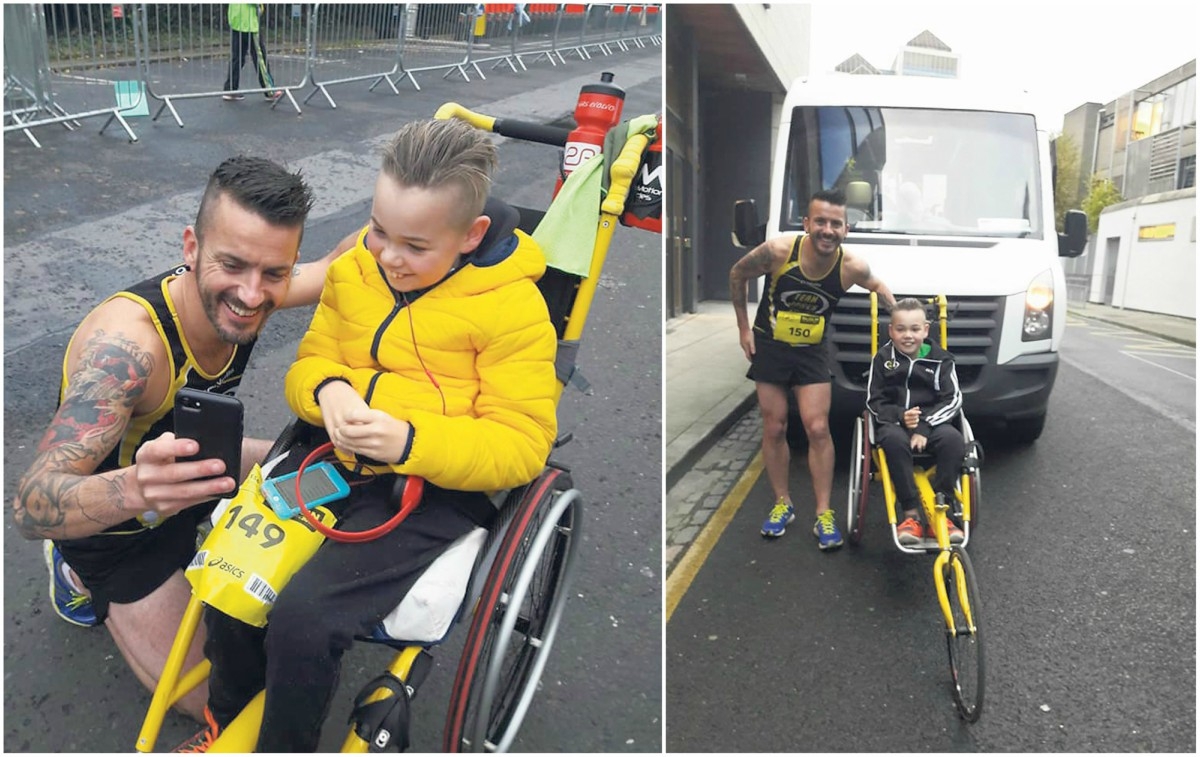 A group of runners also completed the marathon for Team James. As The Echo goes to print, Team James do not have the final figure that they have raised for Barretstown.

Despite it being his second marathon, James has lost none of the excitement or thrill of competing.

His mother Vicki, told The Echo:”James was thrilled. They had a live feed on Facebook throughout the race, so we were watching it. They were getting a huge response from the public cheering them on. At Mount Street, Mark stopped for a while for them to take it all in. James is a bit older this year and it just hit him a little bit more. The other great thing is that this year there were a lot more competitors in assistance chairs. It is just nice to see them competing.”

Vicki also paid tribute to the gardai for their assistance and help during the race.

She said: “Each competitor in an assistance chair has a garda who cycles alongside them and helps with clearing the way. They also give great support to the athletes when they are tired. The gardai and the race organisers were great in all the support they have given us from the start.”

James’ comrade-in-arms was Mark who stood beside him on the 26.2 mile route. Mark said he wanted to thank the race organisers and to all the people who cheered James and him along the route, and to Vicki Casserly and her husband Dan Naughton for letting him push James along the route.

James has cerebral palsy, which affects his lower limbs, an autoimmune condition, and juvenile arthritis, but it does not stop him from having an active life. Apart from his marathon exploits, he plays soccer regularly with the Esker Celtic frame football team. Just recently they came second in an international competition in Birmingham. He has also been a mascot for the Republic of Ireland soccer team a number of times.