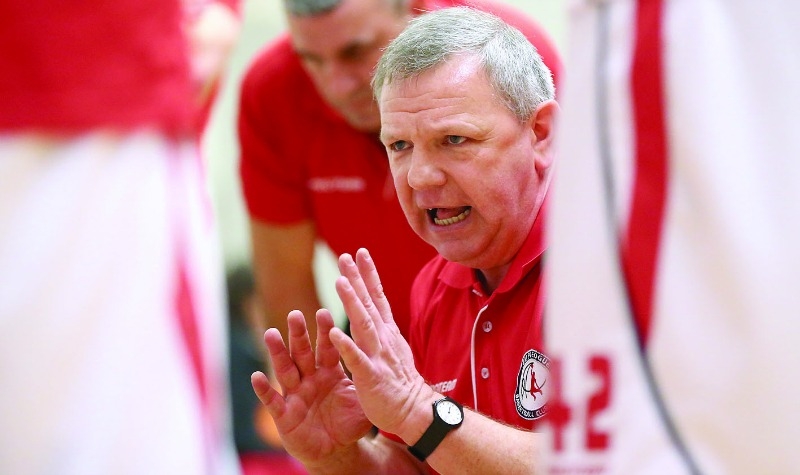 Templeogue BC hit the ground running

TEMPLEOGUE hit the ground running in the race for the Men’s Premier League Basketball title after carding a 79-92 point victory away to DCU Saints in their season opener on Saturday.

The visitors saw out the game comfortably in the end despite seeing Michael Bonaparte fouled out with five minutes left on the clock.

By that stage he had already notched up 14 points with Jason Killeen hitting 24 and Lorcan Dalton emerging the game’s top scorer on 30.

Martin Provisors and Kevin O’Hanlon had kept DCU in touch for much of the tie, the two combining for 41 points, but they could not stop the National Cup holders from powering away late on.

“Overall I was happy with our performance for our first game,” said Templeogue Head Coach Mark Keenan. “I was delighted to get the win. That was crucial.

“I felt we were always in control. It was a tight enough first quarter and only three points in it, but I was happy with the way we were playing.

“That [lead] jumped out to seven by halftime and while we did push it out to ten at one stage, it hovered around the four to six points for a while before we closed it out strongly.

“It was a combination of fitness and composure that helped us see it out. We made the baskets when we really needed them,” he told The Echo.

Keenan also praised his top two scorers saying “Lorcan [Dalton] had a superb game. He has the athleticism to get around the court. He’s come to the fore and he’s a lot more prominent than he was last season.

“Jason [Killeen] was very solid. He had been nursing an achilles injury over the last twoweeks and thankfully it came through” he added.

Next up for Templeogue will be the visit, this Sunday, of a Killester side, looking to make amends for their narrow 86-91 loss at home to Swords Thunder last weekend, and Keenan is not underestimating the challenge they will pose.

“It’s going to be tough. They [Killester] have a strong squad and we had some close games.

“I know they lost at the weekend, but they nearly caught Thunder after having been well down at half time” he pointed out.