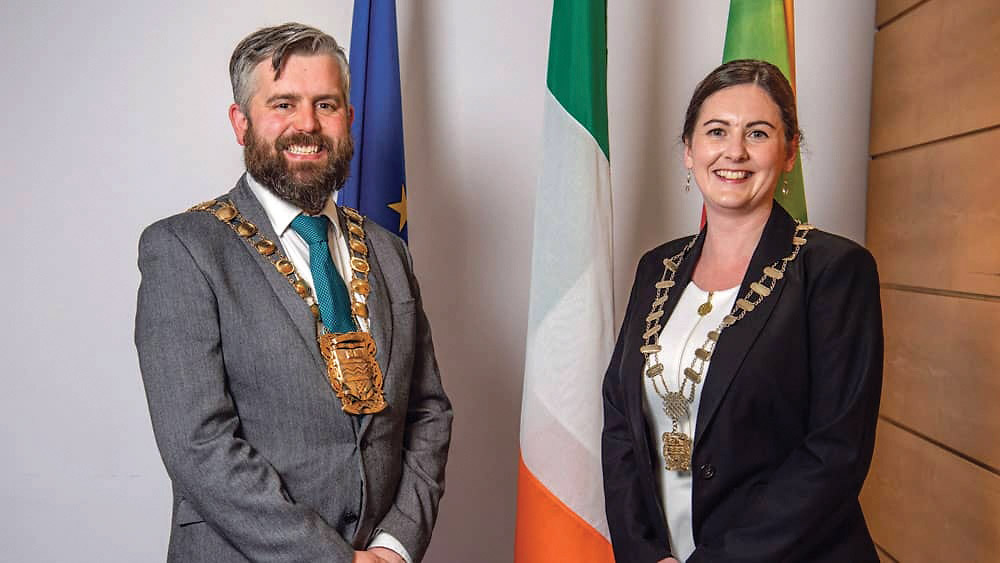 THERE is a game of hot seat taking place on South Dublin County Council now, with Cllr Laura Donaghy resigning as a representative for Rathfarnham-Templeogue and being co-optioned to the Clondalkin Local Electoral Area (LEA).

Cllr Donaghy, who was Deputy Mayor of South Dublin for the past year, has lived in Clondalkin since moving to Dublin in 2016.

Following William Priestley’s resignation as a councillor in August 2020, Laura Donaghy was optioned into the Rathfarnham-Templeogue LEA.

“I live in Clondalkin, but I would have a lot of family living in Rathfarnham-Templeogue,” Cllr Donaghy tells The Echo.

“So, when the vacancy arose in Rathfarnham-Templeogue, I felt I could fill that position and do a good job for the people in the area.”

Peter Kavanagh, who was elected as a Green Party councillor to the Clondalkin LEA at the last local elections, stepped away from the party and became an independent in January 2021.

After serving as Mayor of South Dublin County, Cllr Kavanagh resigned from his position as a councillor in November and this opened the door for Cllr Donaghy to change areas.

“It is big shoes to fill for sure,” Cllr Donaghy says.

“Peter was an absolutely brilliant public representative, a great Mayor, and he is so well known around the county.

“I knocked on a lot of doors in the constituency with Peter, and I’m a resident in the area, so I’d be aware of what is going on already.

“When I was entering politics, I didn’t think that Clondalkin would be an option for a very long time.

“You have Clonburris coming down the tracks, a lot of development around the village – it’s an exciting time.”

In December, the Green Party’s management committee ratified Cllr Donaghy as the party’s co-optee to fill the casual vacancy in the Clondalkin LEA

On January 3, 2023, Cllr Donaghy resigned as a councillor in the Rathfarnham-Templeogue area.

At the monthly meeting of South Dublin County Council on Monday, Cllr Donaghy was co-optioned as the new representative for Clondalkin.

Cllr Donaghy will remain a member of the Housing Strategic Policy Committee, Eastern and Midlands Regional Assembly, Commemorations Committee, and Working Group to Progress Links with a Council in Northern Ireland for the local authority.

“It has been a complete privilege to represent the people of Rathfarnham-Templeogue, Greenhills, Walkinstown,” Cllr Donaghy said.

“When I was serving in Rathfarnham-Templeogue, I was coming at it with a Clondalkin perspective.

“Now, I’m serving in Clondalkin, and I’ll be able to bring a Rathfarnham-Templeogue perspective.”