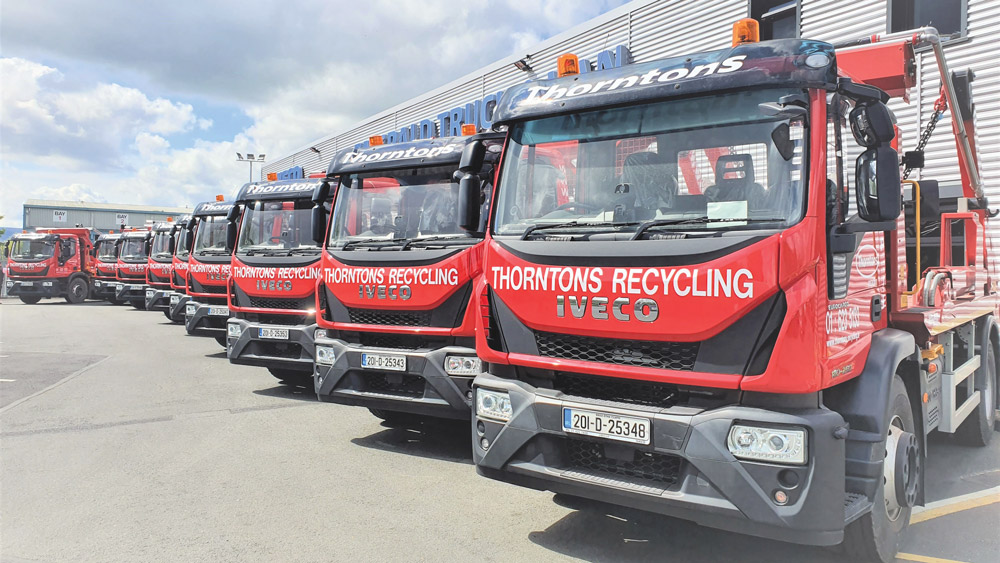 Thorntons understood to be in advance talks to buy City Bin

PARK West company Thorntons Recycling, is believed to be in advanced talks to buy City Bin Co in a deal that will lead to a significant consolidation of the sector.

Ballymount-based City Bin, which is controlled by Gene Browne, its founder, and the state-backed private equity company Carlyle Cardinal Ireland, has substantial waste collection operations in Dublin and Galway cities as well as a commercial waste business.

Thorntons, a family-owned waste and recycling operator, has 5,500 commercial and more than 75,000 residential customers.

With City Bin’s 50,000 customers, most of them households, Thorntons will secure a spot as the number two player in waste collection.

Beauparc, which owns Greenstar and Panda and has 290,000 residential customers, is the clear leader.

According to its website, City Bin started in 1997 “with one truck, two customers and four bins.”

In 2019, CCI acquired 45 per cent of the company for an undisclosed sum, with Browne retaining a stake near 40 per cent.

The company, which recycles 90 per cent of all waste it collects, has invested €80 million in its business.

Any deal, if completed, would be likely to require the approval of the Competition and Consumer Protection Commission.