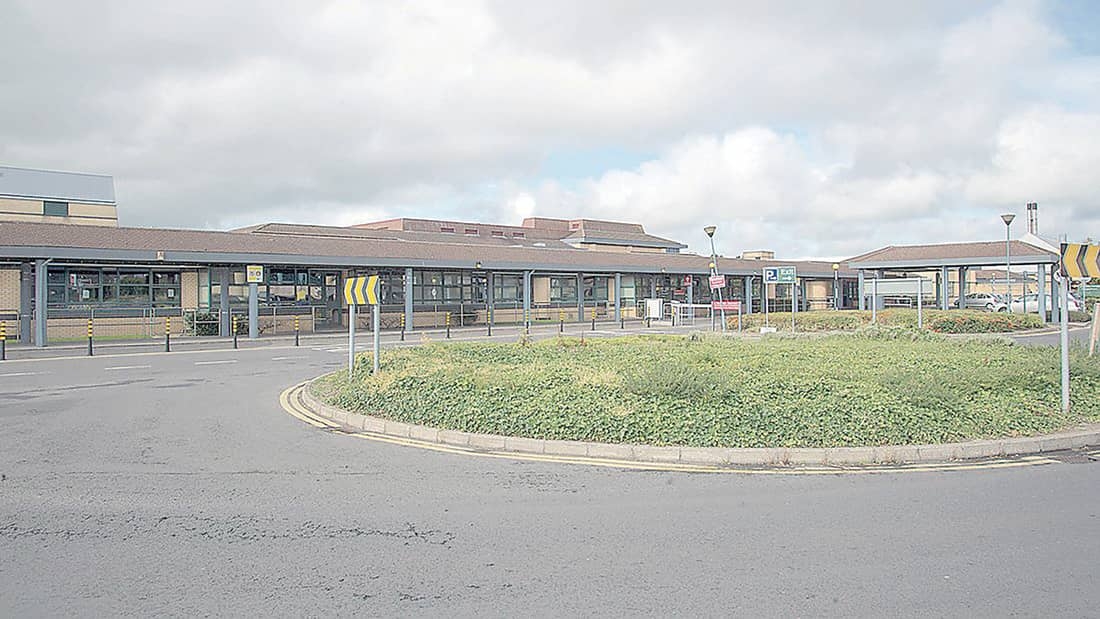 TALLAGHT University Hospital this week published its Annual Report 2019, which records 52,398 A&E attendances – a three per cent increase on 2018.

There was also 17,886 inpatient admissions last year, with admissions from every county across Ireland.

There was a recorded 251,455 outpatient department (OPD) visits in 2019, with the outpatient waiting list growing last year by 3,199 patients.

The reports states that the growth in OPD waiting lists was predominatly in the first six months of the year, with waiting lists stabilishing in the second half of the year due to a number of initiatives funded by the NTPF (National Treatment Purchase Fund).

Overall, as per the report, waiting lists at the local hospital were down 11 per cent, with surgical waiting lists down by 10 per cent.

The number of patients over 75 years also increased by 3 per cent last year.

According to the Annual Report: “The age profile of the hospital’s patients has transitioned from a younger population to a gradual progression to an older age profile.

“This demographic trend presents both challenges and opportunities for the hospital.

“As we transition into 2020 and beyond, the focus of the hospital remains on the refinement of existing pathways within the ED and the development of new ones.”

Trolley numbers, recorded daily by the hospital at 8am in the emergency department, decreased, with more than 1,600 less patients on trollies at 8am in the ED compared to 2018.

“Over the last 18 months there has been an intensive focus to ensure that our patients reach their bed in a timely manner”, the hospital report states.

“This reduction in trolley numbers is a result of this work, which will continue to improve patient transfer times.

“Challenges around bed capacity and the availability of single rooms resulted in a growth in our patient experience times (PET) by an an average of 95 minutes for admitted patients.

“Growth in PET times are affected by the challenges in capacity.”

As reported by The Echo, TUH has put forward a plan to the HSE for a new 72-bed development on campus, which would help to address both capacity and the need for additional isolation rooms.

Commenting on the publication of the Annual Report Lucy Nugent, Chief Executive of TUH said: “This report demonstrates the many achievements of our staff working collectively as teams and as individuals, all working together towards the shared goal of people caring for people to live better lives.

“This year the report is structured to reflect the five year strategy the Hospital is collectively working towards achieving.

“The arrival of a global pandemic has certainly presented a new unique set of challenges and whilst we are still adjusting to the implications of the pandemic I am proud and humbled at the amazing and professional response of all the staff of TUH.

“I would also like to take this opportunity to acknowledge the incredible support we have received from the local community in recent months.

“The Hospital remains focussed on delivering on our strategy with the overarching objective to improve access to our services with two large projects being set to complete later this year – the opening of our new dialysis unit and offsite elective day surgery unit at Tallaght Cross West.”

With just under 3,000 staff, Liam Dowdall, Chairman of the TUH Board, thanked the “exceptional” team at TUH.

“I welcome the publication of this very accessible report which showcases the work being undertaken by the exceptional staff across the TUH Campus”, Mr Dowdall said.

“The Hospital Board, management and staff of the Hospital remain focussed on delivering on the five year strategy and at the same time handle the changing dynamics required during the pandemic the health care service is facing at the moment.”

See next week’s Echo for further coverage on the report, which was released on Wednesday.

The report is available to read at www.tuh.ie.