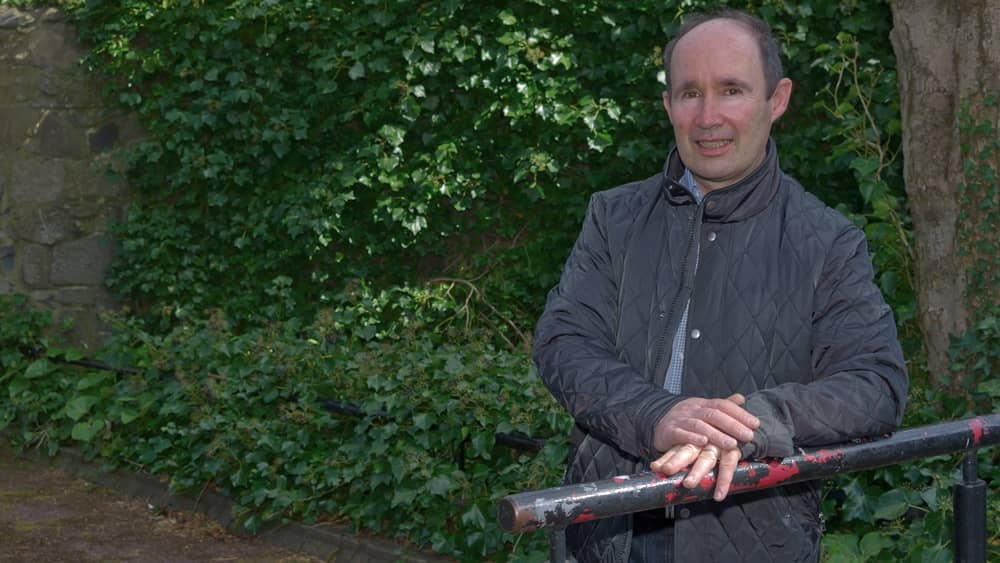 Times Past and Present: Poet Liam is launching his debut collection

A  Knocklyon poet is gearing up for the launch of his debut poetry collection, ‘Times Past and Present’, over Zoom on Tuesday, April 13, at 8pm.

Liam McNevin, who grew up in Walkinstown, draws inspiration for his poems from his surroundings and the people in his life, and enjoys the works of lauded poets like Patrick Kavanagh, Gerard Manly Hopkins and Seamus Heaney.

Liam developed his writing skills as a short story writer when he joined the Virginia House Writers Group in 2013, but in 2018 he turned his attention to poetry – which turned out to be a natural fit for him.

He told The Echo: “I started writing short stories; I thought poems were a bit lame or stories had more to them.

“But then, in 2018, I went to an open mic night held by Kenneth Nolan and I saw people reading out their poems, and I was caught by that.”

After this experience, Liam attended The Lost and Found Writing Workshop led by established local poet Eileen Casey, and has regularly written poems ever since.

“I might see something or experience something, and it’ll give me a little spark of inspiration,” he explained. “A friend of mine died last year, and I’d worked with her for a long time.

“When people pass on, I think it’s nice to pay tribute to them in a poem.”

‘Times Past and Present’ sees Liam, who is in his 50s, reflecting on many of his work colleagues retiring and, in some cases, losing loved ones, but looking ahead with optimism and appreciation for the world around him – even in the unprecedented times that we’re living in.

“I’d like the people who’ll read the book to take stock of the here and now, but to realise that this time will pass,” Liam said.

“I know that people are being impacted by job losses, restrictions and lockdowns, but a lot of people had commented before on how life had become too fast for them.

“This feels like an official way of saying we can all stop, slow down and readjust.

“With the lockdown, I’ve had time to get my poems all together – I had even more poems than I thought I had.”

Liam will launch ‘Times Past and Present’ over Zoom later this month, where attendees will get to see Liam read a selection of poems from the book.

‘Times Past and Present’ will be released at the end of April, costing €10 & postage and packaging.

To register your interest, and to sign up to attend the free book launch on April 13, contact Liam on liamedia15@gmail.com