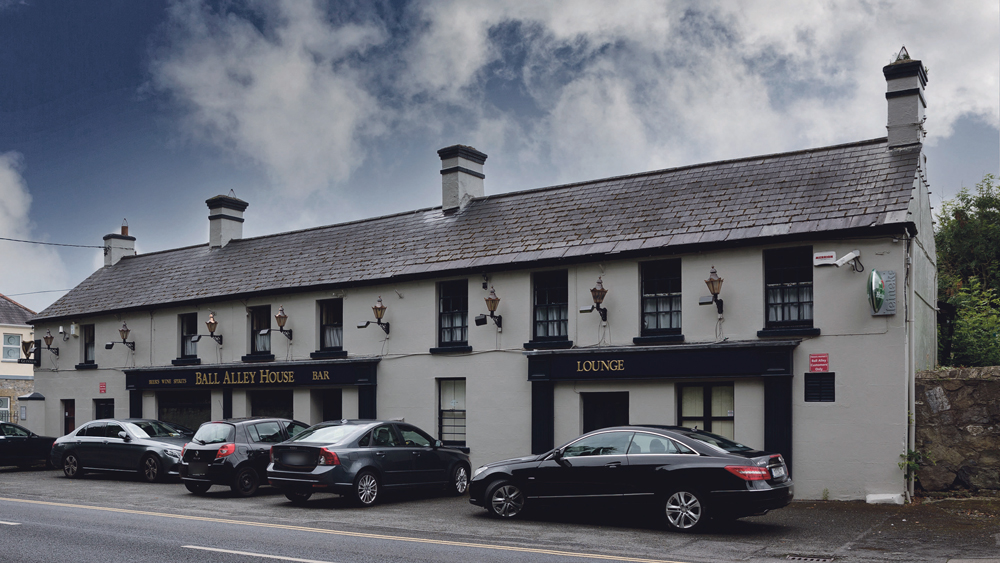 PLANS to construct a four-storey apartment block on top of a car park at a public house, which were described as “totally excessive” by residents, have been refused planning permission by South Dublin County Council.

Gerry Teague’s application to remove the existing 52 car-parking spaces and construct a 14-unit four-storey apartment block at the protected Ball Alley House in Lucan has been refused permission.

The 14-apartments were to comprised of a single one-bedroom, 11 two-bedroom and two three-bedroom units all with associated private open spaces in the form of balconies.

Access to the development site was proposed to be from the existing vehicular access point from Leixlip Road and from a new proposed vehicular and pedestrian access from Ardeevin Drive.

There were 28 submissions from individuals and groups in relation to the proposed development, including from Ardeevin Residents Association – who represent some 100 houses in the Ardeevin estate.

The proposed development “has a seriously detrimental impact on the quality of life of residents in our estate,” the letter reads, which is signed by Honorary Secretary of Ardeevin Residents Association, Fergus Dolan.

In the lengthy submission, the resident’s association describes the plans as contrary to proper planning and sustainable development of the area.

They took particular issue with the scale and height of the four-storey building, the impact that the building would have on the character of the existing surrounding properties and expressed traffic-related concerns.

“This proposal, a four-storey building would be totally out of context in a neighbourhood of single storey bungalows,” the submission says.

“The height, scale and mass of the proposed block would be out of proportion and dominate the surrounding residential area.

“In addition it would overshadow the Ball Alley House, a two-storey protected structure immediately north of it, and actually on the subject site.”

Ultimately, the overall height, scale and massing of the proposed development along with the close proximity to existing low-rise residential properties and the protected structure, Bally Alley House, was the downfall of the application.

In the decision to refuse permission, the local planning authority stated that the “proposed four-storey apartment block would result in a significantly overbearing impact” on the residential amenity.

The proposed structure “would appear excessively dominant and would fail to be sympathetic to the scale or architectural interest” of the two-storey Bally Alley House.

It would “therefore impact on the integrity of the protected structure”, the letter reads.

With an access point from the Leixlip Road (R835), the council believe this “would endanger public safety by reason of traffic hazard”.

“The proposed development would give rise to a substandard level of residential amenity for future occupants by reason of the configuration of the proposed open space and accessibility to active play areas, and removal of trees,” the council said.

The council refused permission for the proposal on November 4, 2021.