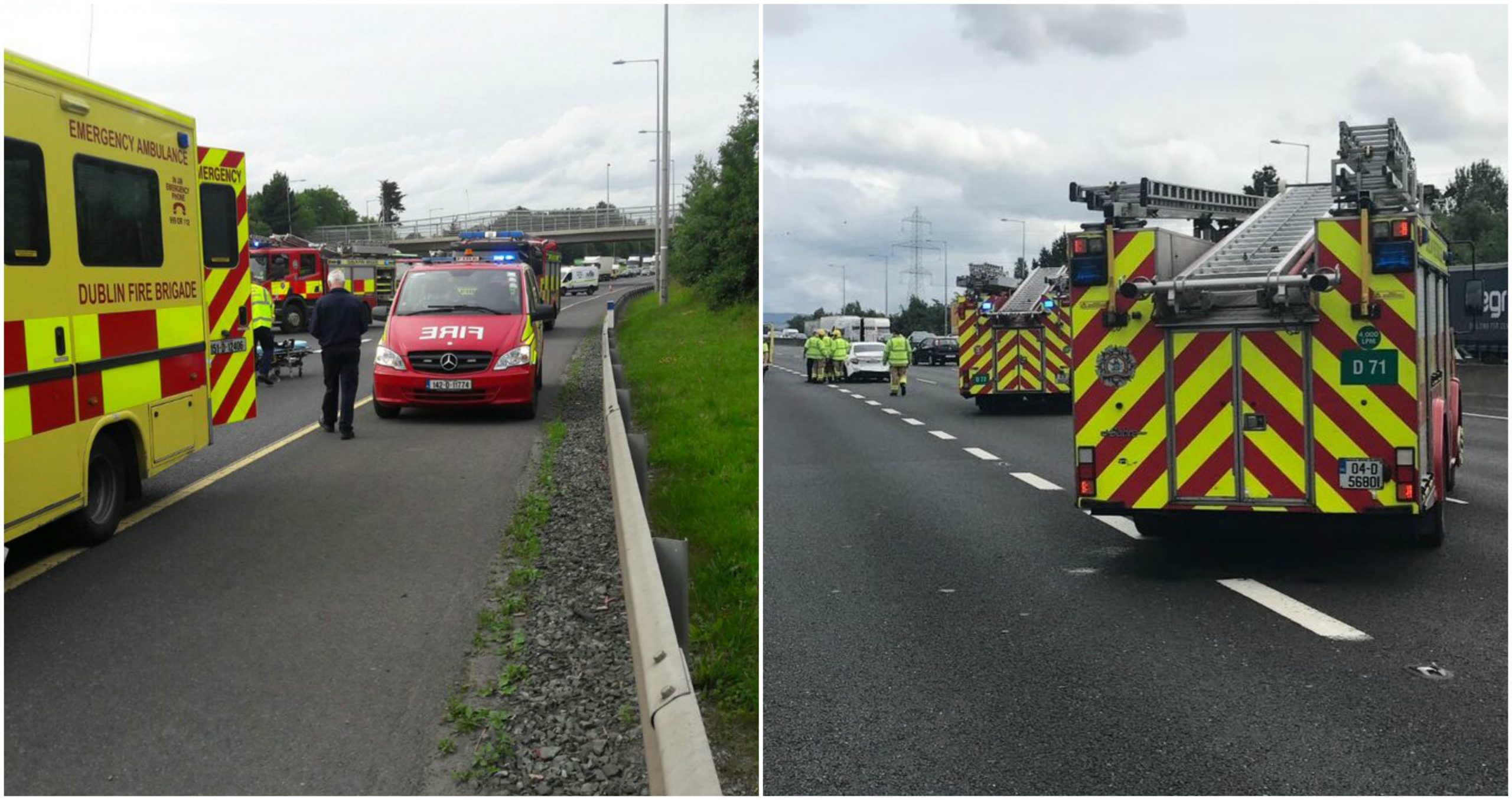 Traffic chaos on the M50 as car and truck collide

The M50 is down to one lane this evening as emergency services deal with a collision on the southbound carriageway.

The collision occurred between J7 (Lucan) and J9 (Red Cow), and involved a car and a HGV.

M50 Southbound serious tailbacks developing from just before J7 as crash closes all but 1 lane pic.twitter.com/FxN5lRyxeF

Traffic is already building and motorists have been advised to take an alternative route if possible.

Dublin Fire Brigade are at the scene, with reports that at least one person has been taken to hospital.

Check out AA.ie for more.