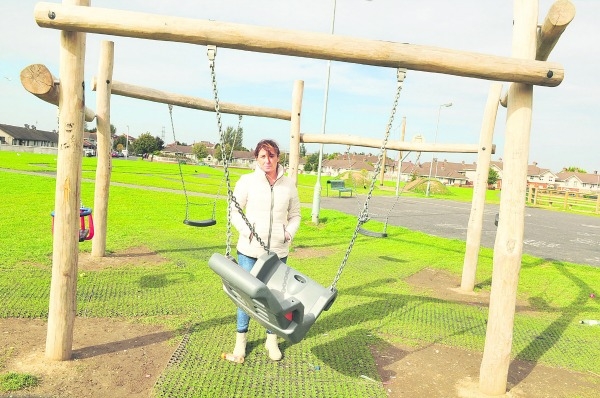 Tree of Hope and €100,000 play area in Tallaght damaged by teenage vandals

A GROUP of teenagers has caused so much damage to a recently installed play area in a Tallaght estate that the local children are not playing there anymore.

The play area in Brookview Estate was installed by South Dublin Council in May at a cost of over €100,000. Councillor Louise Dunne has told The Echo that teenagers from another estate have started to drink in the play area at the weekends and also gather there on weeknights.

Cllr Dunne told The Echo: “The play area was a hugely positive addition to the community in Brookview when it opened in May, but a group of teenagers from outside the estate have started hanging around in it especially at weekends when they drink in it.

Cllr Dunne said that she and other residents have tried to keep an eye out and tried to monitor the situation. She said that she has also confronted the teenagers over their behaviour.

She said: “I have confronted them a number of times and told them that they should have respect for the community, but they just laugh.”

Cllr Dunne says the teenagers have smashed glass bottles all around the basketball area and have left vodka bottles in the sandpit which is used by young children.

Cllr Dunne said: “It’s really sad. We always hear that kids and teenagers say there is nothing for them and then this facility is installed and this happens.

“They can be here from 7.30 each week night and during the weekends. This facility cost €100,000 to install and now the local kids have stopped using it”.

A spokesperson for SDCC told The Echo that one screw was missing from a swing and there was an unfinished item which will be attended to by the council.

He added: “The unfinished item looks rough. There are lots of coke bottles on the ground but you do get that where young people gather.

“This is one site where we get great support from the community. This is a bedding-down issue which happens in the early days”.