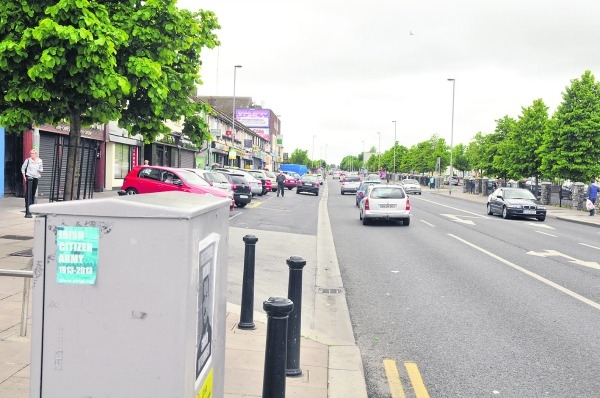 TWO men were arrested after a late-night Traveller feud which erupted after closing time outside pubs on Ballyfermot Road.

The incident, which occurred in the early hours of Sunday morning at Grange Cross, after most late-night revellers had already gone home, saw two sides involved in a punch-up.

“They were beating the crap out of each other,” said one eye-witness.

“The fight was going on outside Downeys and Fowlers in the early hours. It was very violent. All I kept hearing from the shouting and screaming was ‘Johnny boy, Johnny boy’. They took their shirts off, and were going at each other bare-fisted.

“The fight would die down, a woman got between them risking her own safety, but then it would flare up again.”

He continued: “They were kicking the head off each other. Gardaí arrived on the scene within ten minutes, and to be fair, it was a good garda response with four patrol cars and a garda van.

“They didn’t take any crap. Personally, I blame the happy hour and promotions that pubs are putting on, with the likes of buy one, get one free. It’s asking for trouble.”

A Garda spokesperson told The Echo: “Gardaí responded to a public order incident in the early hours of September 18 at approximately 2.20am.

“There was an altercation between two men. Both were arrested, brought to Ballyfermot Garda Station and charged with public order offences.”