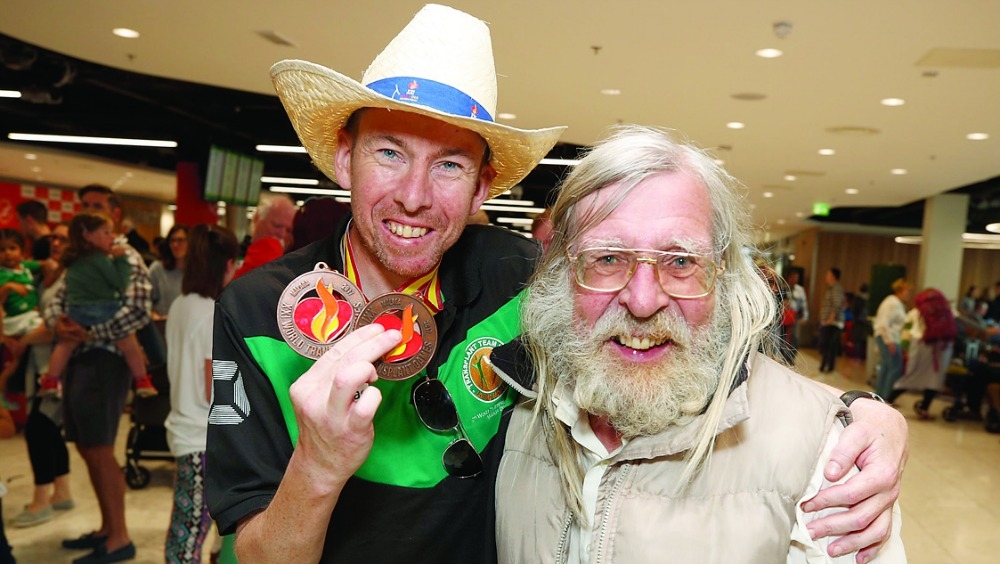 The Games, held every year, aim to raise awareness of the importance of organ donation by “demonstrating the health and fitness that can be achieved post-transplant”.

Tallaght man Lenny has received two kidney transplants, one in May 2008, and a second in December 2014, and has competed in the Games three times— Australia in 2009, Sweden in 2011, and now Malaga.

He said: “It’s a great tribute to donors and their families from around the world for their generosity that myself, my teammates and all the athletes from other competing countries are able to enjoy life and take part in sport.”

Lenny has also competed in the European Transplant and Dialysis Sports Championships three times: Dublin in 2010, Croatia in 2012 and Finland in 2016.

He is no stranger to the medal podium, having over the course of nine years won bronze in the World Games and one bronze, two silvers, and a gold in the European Championships.

His chosen sports this year were petanque (singles), darts (triples), and ten-pin bowling (doubles); he added to his collection of medals with bronze in both petanque and darts.

An informal homecoming reception for Team Ireland was held in Terminal 1 at Dublin Airport on Sunday, July 2.

NEWER POSTeBeauty – A little TLC for your summer hair
OLDER POSTMother charged with child’s murder said: “Yes it was my knife, yes it was my hand, it was not me, it was the power”