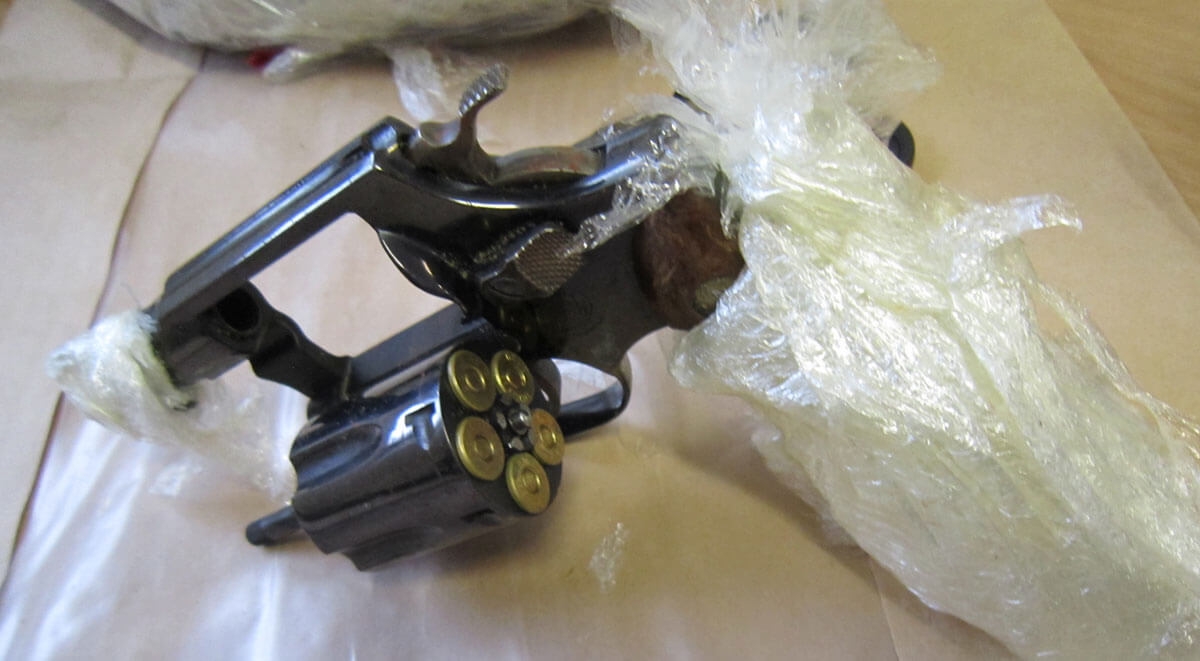 TWO LOADED firearms have been seized in Clondalkin as part of ongoing investigations by Gardai into organised criminal activity in West Dublin.

Shortly after 6pm last night (Wednesday), a number of searches were carried out at addresses in the Shancastle Park area by Garda units from Ronanstown and Lucan supported by the Emergency Response Unit and Armed Support Unit.

According to a Garda statement issued, two loaded firearms were discovered wrapped in cling film during one of the searches – with the Garda Technical Bureau removing them safely for ballistic examination.

Three men in their 20s were arrested following the seizure.

A Garda spokesperson said: “During the searches two loaded firearms were discovered wrapped in cling film at the back of one of the houses.

“Both were made safe and have been removed to the Garda Technical Bureau for ballistic examination.

“Three men aged in their 20s were arrested and are currently detained under Section 30 of the Offences against the State Act, 1939 at Garda Stations in West Dublin.”