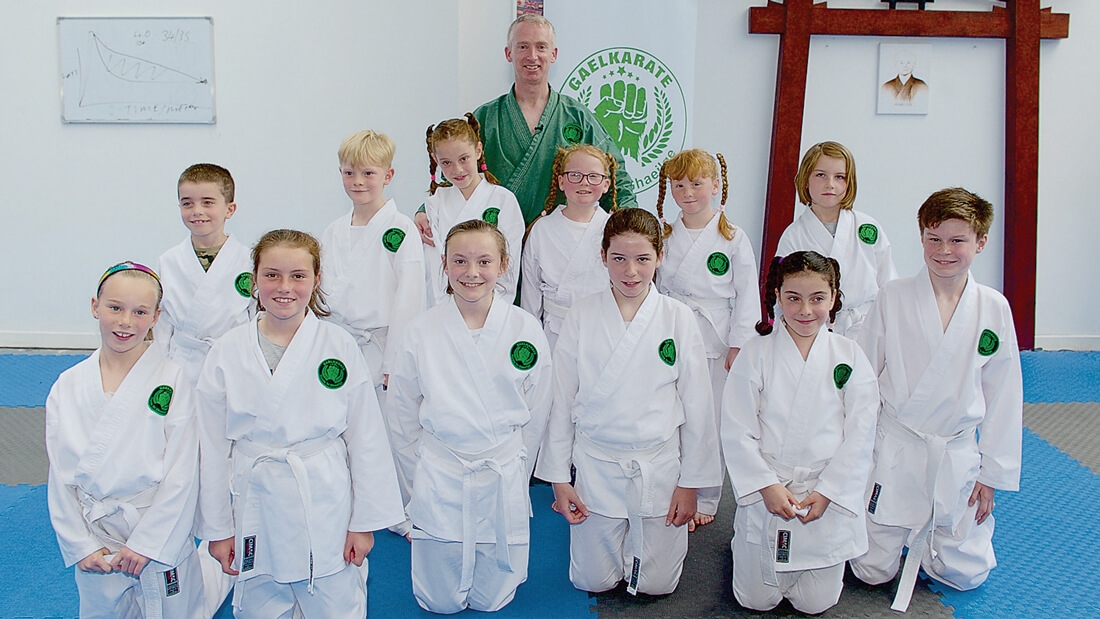 LAST Saturday proved a very special day for a number of children from Gaelscoil Chnoc Liamhna in Knocklyon.

Indeed 12 boys and girls aged between 7 and 12 years from the school successfully graded from white belt to orange belt in Japanese Shotokan Karate and they did it through the medium of the Irish language.

Sensei Breandán Ó hÚallaigh is the founder of GaelKarate and is fluent in Irish and is the only Sensei in Ireland to teach his Karate students through Irish.

In celebration of the event Sensei Ó hÚallaigh wore a special green Karate suit to mark the occasion.

Before the grading exam began Kata and Kumite demonstrations were performed by young up-and- coming students of Kaizen dojo, one as young as four.

“Even with the intense added pressure from the cameras the students never faltered and all 12 successfully passed their exam to rapturous applause from the crowd” said Ó hÚallaigh.

As the grading completed, the newly appointed president of ONAKAI (the National Governing Body of Karate in Ireland) Chris Kelly wished the newly decorated 9th Kyu students from Gaelscoil Chnoc Liamhna every success in their Karate Future.

“GaelKarate has found a huge demand for this new method of teaching karate while inspiring children to learn and use their Irish along the way” added Ó hÚallaigh.