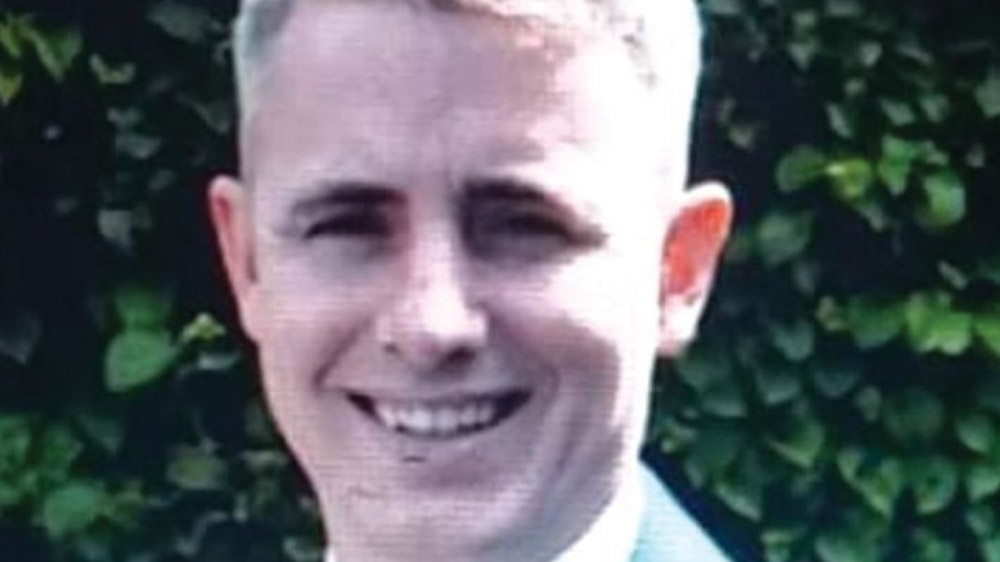 Two Dublin men will be sentenced to life imprisonment in the New Year after being found guilty today by a unanimous jury of murdering father-of-two Vincent Parsons in Dublin three years ago, reports Paul Neilan.

The 34-year-old father-of-two was beaten to death after the trial heard he had too much to drink at a stag do, became “messy” and irritated one of the two men found guilty today at the Central Criminal Court.

Philip Disney (27) of Donomore Crescent, Tallaght and Sean Carlyle (30), with an address at Donomore Avenue in the West Dublin suburb, had denied murdering Mr Parsons at Killinarden Way, near the Killinarden Inn in Tallaght, on the night of August 26, 2019.

At the Central Criminal Court on Friday, members of Mr Parsons’ family and supporters wept as the guilty verdict was delivered by the jury foreperson.

The jury of six men and six women arrived at their verdict after four hours and 48 minutes of their deliberations over two days.

The two guilty men now face the mandatory life sentence for murder and the case was adjourned by Mr Justice Kerida Naidoo to January 13, to allow time for the preparation of a victim impact statement.

Mr Lorcan Staines SC, for the prosecution, had told the court the deceased had been drinking for several hours at a friend’s stag do when he became “messy”, started hugging people and began to irritate others in the Killinarden Inn before coming to the attention of Mr Disney.

CCTV played for the jury showed that there were words between them and, counsel said, Mr Disney became irritated and agitated and could be seen raising his arm and pointing at Mr Parsons before saying something to him.

CCTV showed Mr Parsons leaving the pub after that interaction and then, once outside, running from the pub.

Counsel said: “Whatever it was that was said, it caused Vincent Parsons to run. He immediately left the pub out the front door and ran left and away from the pub.” Mr Staines told the jury that Mr Parsons ran “as if his life depended on it”.

Counsel told the jury that the two men got into a van and caught up with Mr Parsons and beat him to death on a green area at Killinarden Way.

Mr Staines had told the jury that the two accused had “acted together each and every step of the way in common design” before and after the killing, which CCTV evidence showed.

The prosecution’s case was that the two accused left the pub within minutes of Mr Parsons’ departure, got into a black van and then got out of the van at the nearby green area where the two beat Mr Parsons to death. Just 48 seconds after stopping at the green area, they got back into the van and drove to Mr Carlyle’s home, footage showed.

The State’s case was that Carlyle changed his clothes and then left the van “off site” at a nearby housing estate. Both men then got a lift back to the pub, where they could be seen returning on CCTV about 30-to-35 minutes after they had left to manufacture an alibi that they never left.

A watch belonging to Mr Parsons, which was a gift from his daughter with the inscription, “To Dad, love Jade, Xmas 2011”, was found in the van that the prosecution alleged belonged to Carlyle. Forensics found the deceased’s blood was on a pair of shorts that Carlyle was wearing when gardai entered his house with a warrant less than seven hours after the alleged murder.

Counsel said it is the State’s case that the two accused were part of a “joint enterprise” to murder Mr Parsons.

A pathologist told the court that Mr Parsons’s cause of death was brain damage due to a shortage of blood flow as a result of a heart attack, which was in turn caused by severe facial injuries and the inhalation of blood.

Mr Parson’s brother, David, who was in the pub on the night, told the court that Vincent “would never start a fight with anyone. He could be a messy drunk but was never aggressive. There’s not a bad bone in his body.”