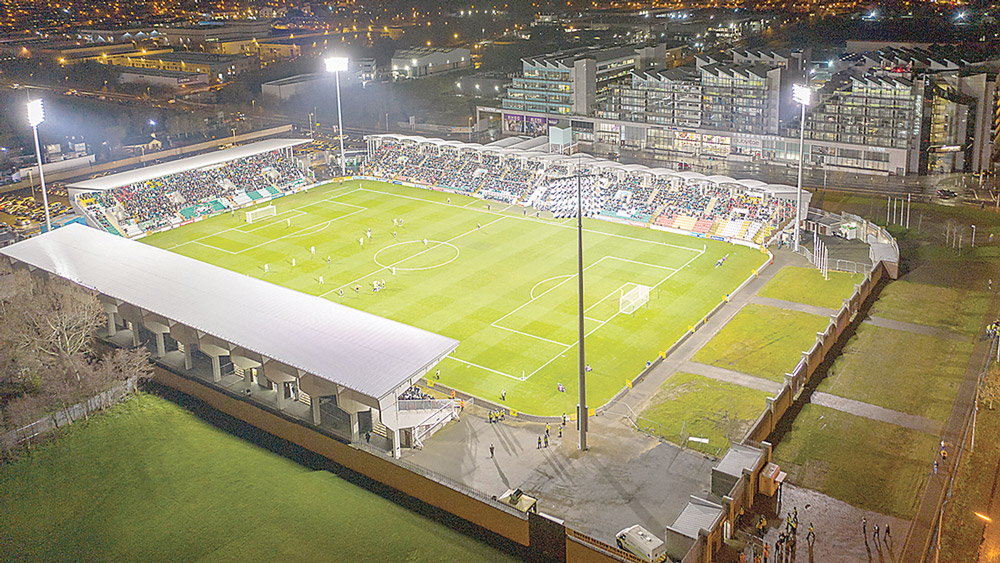 SHAMROCK Rovers have been fined €21,875 in total by UEFA for crowd related incidents which occurred in their Champions League second qualifying round tie with Ludogorets, reports Hayden Moore.

On July 26, trailing 3-0 from the first-leg which was played in Bulgaria, Shamrock Rovers hosted Ludogorets at Tallaght Stadium for the second-leg.

A goal from Aaron Greene from Kilnamanagh put rovers ahead after 21-minutes and a late goal from Aidomo Emakhu pushed Stephen Bradley’s side to within a goal on aggregate.

However, Cauly Oliveira Souza rattled the Rovers net in injury time to upend their dreams of Champions League qualification.

Sergio Padt celebrated the Bulgarian champion’s goal in front of the South Stand in Tallaght Stadium and items were thrown, along with a member of the crowd entering the pitch.

In a decision taken by a judge sitting alone of the UEFA Control, Ethics and Disciplinary Body (CEDB) on August 10, the Hoops have been fined on two separate counts.

Rovers were fined some €16,875 for the throwing of objects and an additional €5,000 for the invasion of the field of play.

After a 4-1 defeat to Ferencváros in their Europa League play-off, Shamrock Rovers continue their European journey in the Conference League group stages – the third-tier competition.

Bradley’s men are set to play Gent, Molde and Djugarden twice in their group, starting with the latter at Tallaght Stadium on Thursday, September 8.