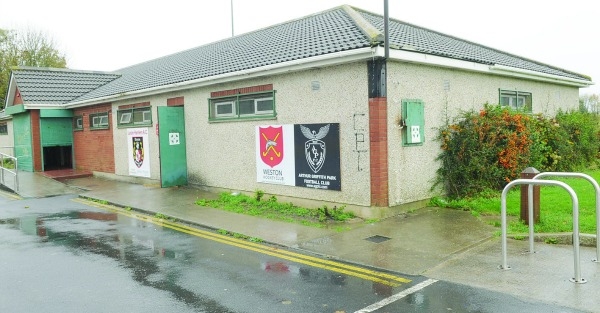 IT HAS been a trying month for Arthur Griffith Park FC – suffering a string of vandalism attacks in the last number of weeks.

The latest incident occurred on Sunday morning when vandals kicked open a locked changing room door at Griffeen Valley Park - stealing phones and personal belongings whilst the club were fulfilling an over 35s fixture against Portrane.

Mr Kearney said: “We always lock the changing rooms and main door, but unfortunately somebody from another club left the main door open. We don’t do that. Inside there are 12 changing rooms that are locked.

“We play furthest away in the park. There must have been a kid standing sketch at the door, whilst the others went through our stuff. They must have known it was our room, there wasn’t any footprint in the other rooms.

“We reckon they were disturbed because one lad arrived to the match late, and headed back to the changing rooms with the key. They didn’t get through all the players’ belongings.”

The grounds on Newcastle Road, are also used by Weston Hockey Club and Lucan Harriers, and have been subjected to damage worth approximately €80,000 since 2006 – including numerous attacks on the all-weather pitch and club property. “We’ve yet to catch them,” said Mr Kearney.

“They usually hang out at the back of the clubhouse. There is no consequences for them, and no parental responsibility.”

He continued: “I’m from this area. Nobody wrecked their own area growing up. At the begining, they used to discreetly cut a bit of the mesh to play football on the artificial pitch – now they just use a snips and it’s brazen.

“It’s disappointing, because everything is going well from a football point of view. We’re creating teams left right and centre.”

Kearney hopes the three clubs can sit down together in the coming weeks to address the problem.