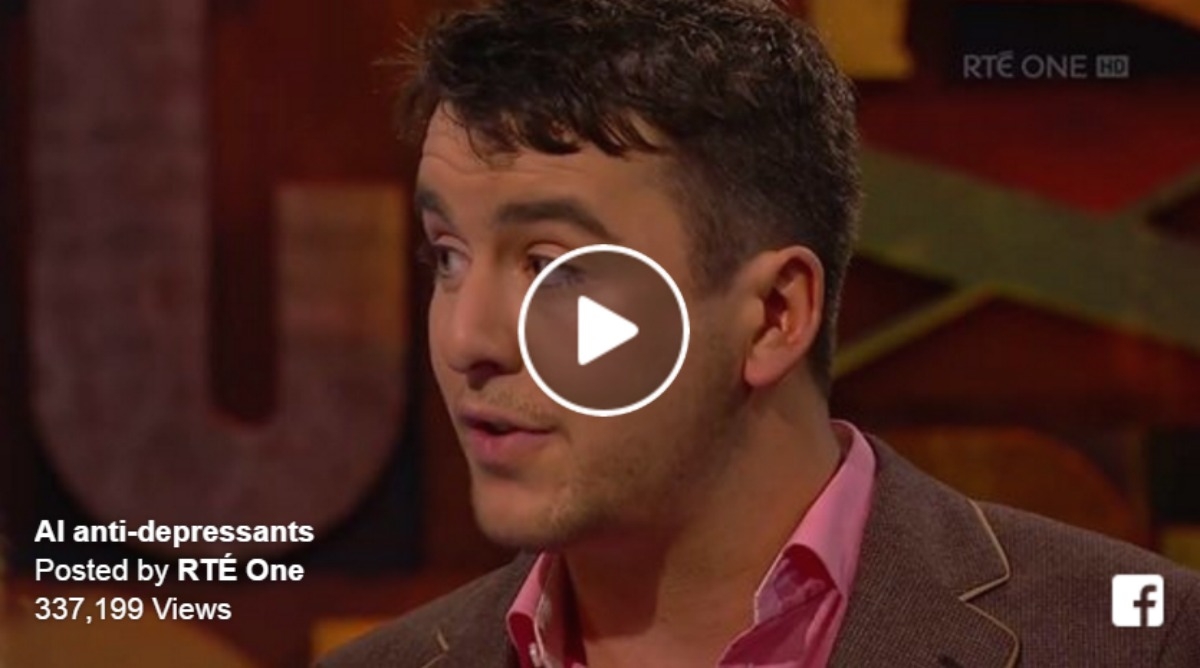 VIDEO: Al Porter praised for speaking openly and honestly about his use of anti-depressants

Tallaght comedian Al Porter has been praised for his honesty in opening up about his experience of dealing with depression and using anti-depressants.

Speaking on RTE’s Cutting Edge with Brendan O’Connor last night, the Springfield native discussed the stigma around using anti-depressants and how a friend of his helped him realise that sometimes they can be required because of a physical imbalance rather than a person’s circumstances.

He said: “A friend of mine said to me If you’re not enjoying everything that you’re getting and you’re having a great time and a great life and winning all these things, having a fabulous time and making everybody laugh, maybe it’s not your circumstances, maybe it’s a physical thing, maybe it’s an imbalance,”

Al also revealed that he had called his mother ahead of last night’s show to speak to her about his use of anti-depressants as he had not previously told her, and would hide them from her in his house.

“I’ve been hiding (anti-depressants) in my house. I’ve had my friend go and pick them up because I don’t want to collect the prescription.

“I’ve had the prescription written out to different names other than my own.”

Across social media there was huge praise for Al’s honesty, with many people welcoming his openness on the discussion.

@TheAlPorter Great to hear u being so honest about anti depressants on #CuttingEdge. U’ll help many people by talking – huge congrats

@TheAlPorter ~ Took a serious amount of balls to share your story of depression. You’ve paved the way for others to speak out #CuttingEdge https://t.co/KufRs0iykz

Well done to @TheAlPorter for speaking out about his mental health battle on #CuttingEdge which such honesty. I admire that courage.

Fair play to @TheAlPorter on his honesty about his depression, wasn’t easy for him to speak about, well done #CuttingEdge

Very well spoken and Brave @TheAlPorter not an easy thing to do.Your words will no doubt benefit so many. #CuttingEdge #depression #

Well done & Thank you @TheAlPorter on behalf of all youths with MH issues. You’re an absolute legend #CuttingEdge https://t.co/e4npMgrtbN

@TheAlPorter, listening to your courage to destigmatize taking antidepressants was incredible. Wishing you well #CuttingEdge

NEWER POSTClondalkin toddler seeing snow for the first time will melt your heart
OLDER POSTTRENDING: Irish people really get excited when it starts to snow