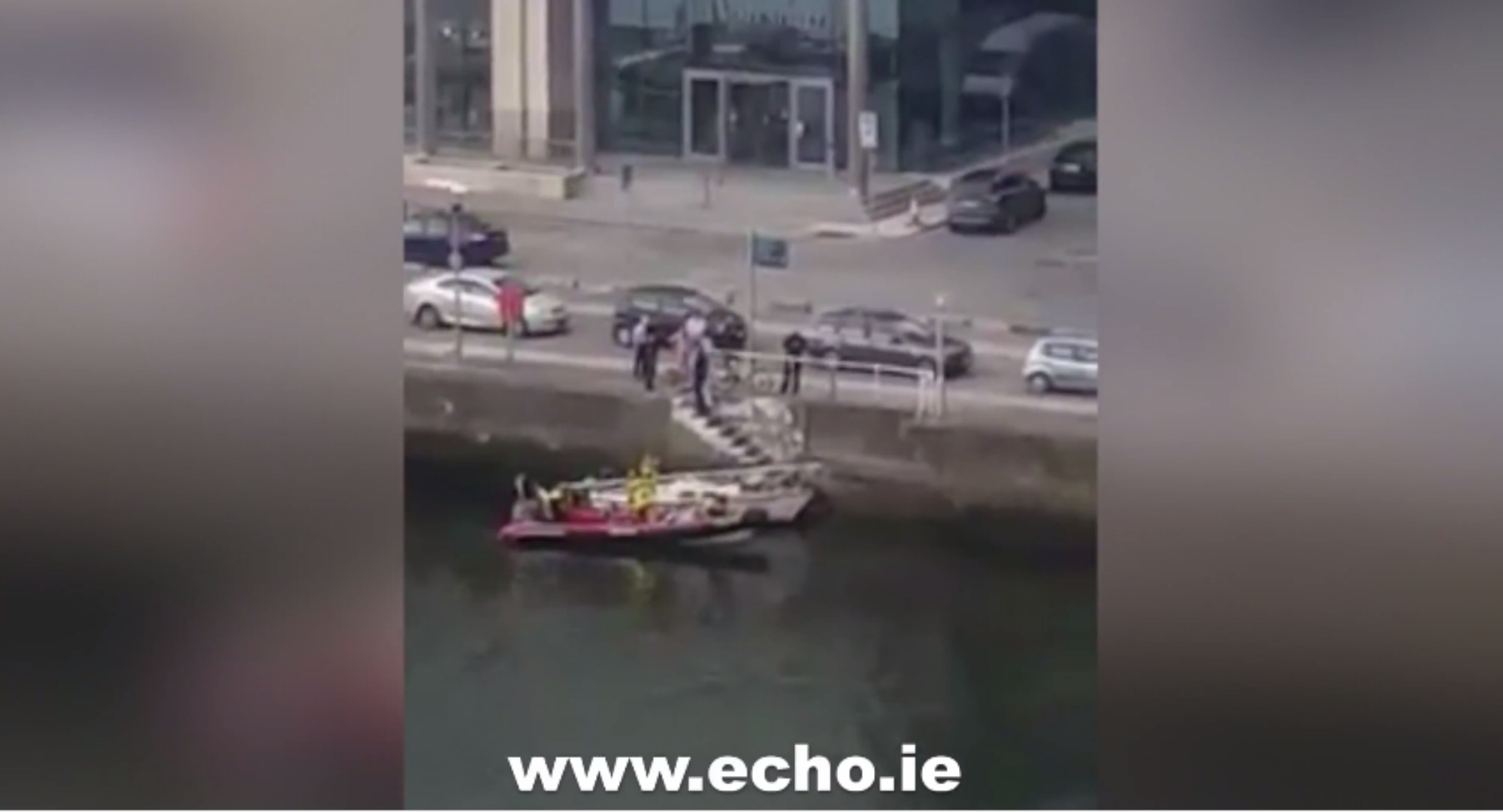 VIDEO: Naked man arrested after stealing boat and causing havoc on the Liffey

A naked man has been arrested after a boat was stolen this morning in Dublin and was driven along the Liffey, causing havoc for the Coast Guard.

Up to four men were in the boat which was taken from the Poolbeg Marina close to Ringsend before 6am.

The boat was spotted along the River Liffey and a large number of emergency service units attended the scene, including Gardai, Dublin Fire Brigade’s River Rescue Team and the Dun Laoghaire Lifeboat.

After some time the Coast Guard managed to negotiate with those in the boat who eventually brought it to a stop.

The man is currently being questioned at a Garda station in Dublin city Centre.

According to Gardai no one was injured during the incident.