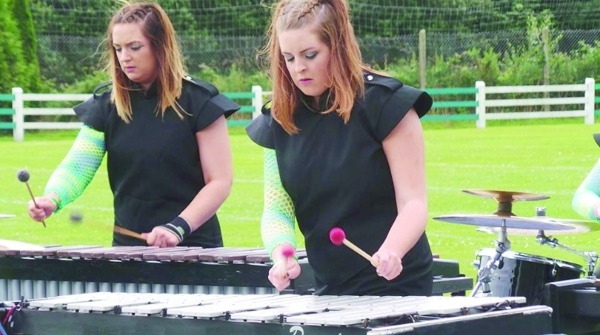 OVER 30 members of the Vikings Drum Corps Tallaght came out top at the first Summer Sounds Hydro competition in Arklow last weekend, beating Clondalkin Youth Band to take the win.

It is the first of four competitions that the Vikings Drum Corps are set to take part in this summer, and marked the first time that members from the Tallaght Festival Band and Tallaght Youth Band combined their talents to win on the day.

Members aged from 10 years old up to 33 years old took part in the competition.

Three other competitions with the Vikings Drum Corps taking part will take place in August and September, with the club now hoping to get new members to join the band.

Franke Hearne of the Vikings Drum Corps told The Echo: “We’re delighted with the win. We didn’t manage to win last year, so to have such an improvement is great.

“We’re also going to be taking part in Tallafest for the first time this year, and we’re hoping to be able to get out into the community more.”

The Vikings Drum Corps is now calling on those interested in joining to get in touch, with more information available on the group’s Facebook page.

NEWER POSTRecycling centre fees set to increase from August
OLDER POSTRemoval man gets five years for possession of €2.5m drugs and a stockpile of weapons­