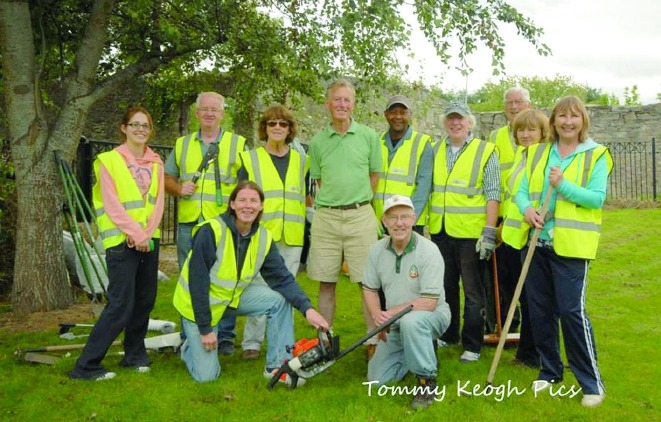 Volunteers commended for their work on Tidy Towns competition

Lucan were top dogs in South Dublin County with a score of 299 – and an impressive 1,000 hours of volunteer work over the year with an action plan submitted for the coming years.

Palmerstown received a score of 251, Old Bawn returned to the competition after a hiatus with a score of 217, Woodstown Village got 237 points, Templeogue 228 points and Terenure 286 points.

A statement by CTT on Monday said: “This is only our fifth year in the competition, and we’re absolutely delighted with yet another positive increase in points which gives us encouragement to do even better next year.”

National Tidy Town adjudicators noted the sterling work of the CTT committee and volunteer force of over 50 dedicated residents, in making a “big difference to the improvement of the community.”

They also noted the CTT involvement in other projects, including St Patrick’s Day, National Spring Day and a 1916 commemorative garden.

Adjudicators also noted the architectural heritage value in the village, admiring St John’s Church, the Church of the Immaculate Conception, Tully Castle and the Carnegie Library.

They also commended weekly CTT collections of 19 bags – the equivalent of nine tons of waste per year at a cost of 480 volunteer hours.

Cllr Gilligan said: “I am extremely proud of what the groups have achieved, not just in the competition but since their humble beginnings. I would also like to thank the numerous other community groups and businesses that have got involved.

“Whilst SDCC has done a lot to help, more resources and funding must be allocated to the groups. Time after time, the same issues come up at local area meetings.”