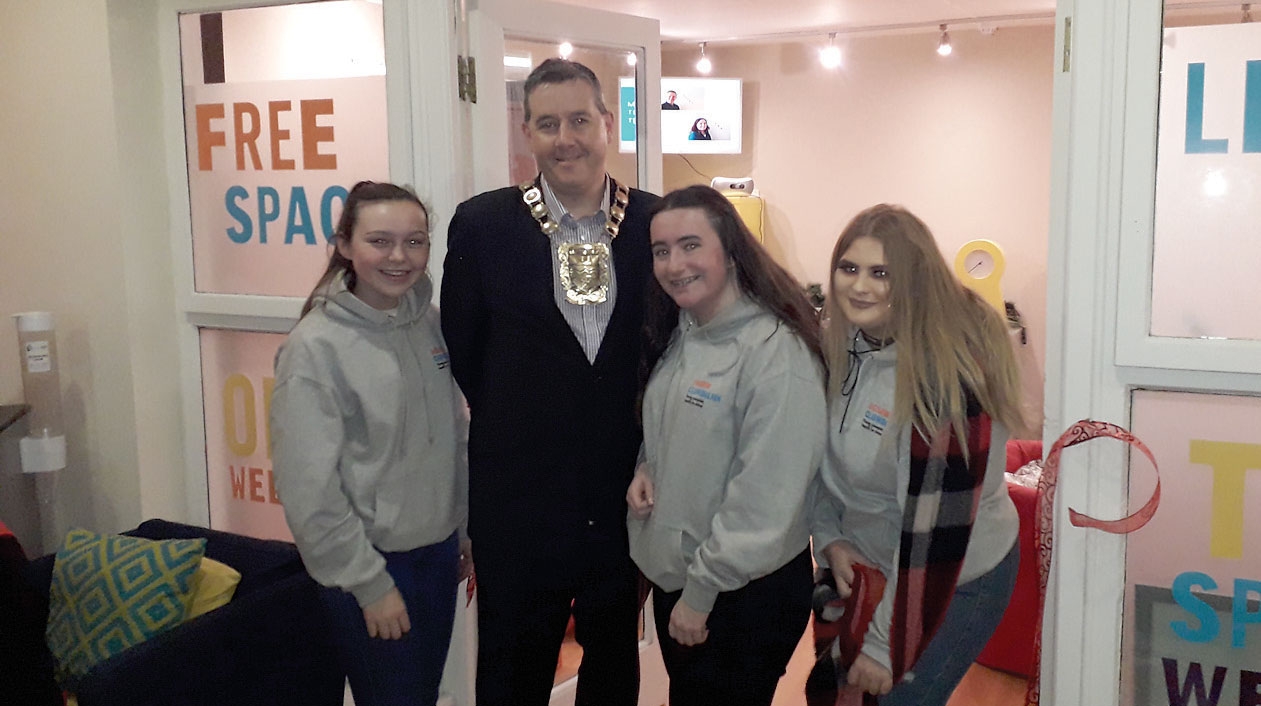 THE design of a new resource room in Jigsaw Clondalkin, which was officially opened by Mayor Paul Gogarty last week, was pieced together by young people aged between 16 and 25, who are members of the service’s youth advisory panel.

The youth mental health charity – who also have a facility in Tallaght – enlisted the help of 12 volunteers to decorate the colourful and inviting room.

The charity currently has three clinical rooms in their Clondalkin branch, which is located on Moorfield Avenue in Neilstown, with their new resource room aiming to offer a calming environment for young people while they’re waiting to be seen.

Jen Trzeciak from Jigsaw Clondalkin told The Echo: “We got funding for the room a year ago, and we have a youth advisory panel aged between 16 and 25 who decided how the room would be designed and what would be in it.

“For example, instead of notice boards we have a television screen which displays information.”

Ms Trzeciak added: “I think they really enjoyed designing the room, because they were able to take ownership of the space.

“I think they felt really proud when the room was officially opened.”

The development of the resource room was a community effort; the room was painted by the parents of one of the young people who is on the advisory panel, while the grandmother of another young person who is involved in Jigsaw Clondalkin made the cushions that adorn the seats.