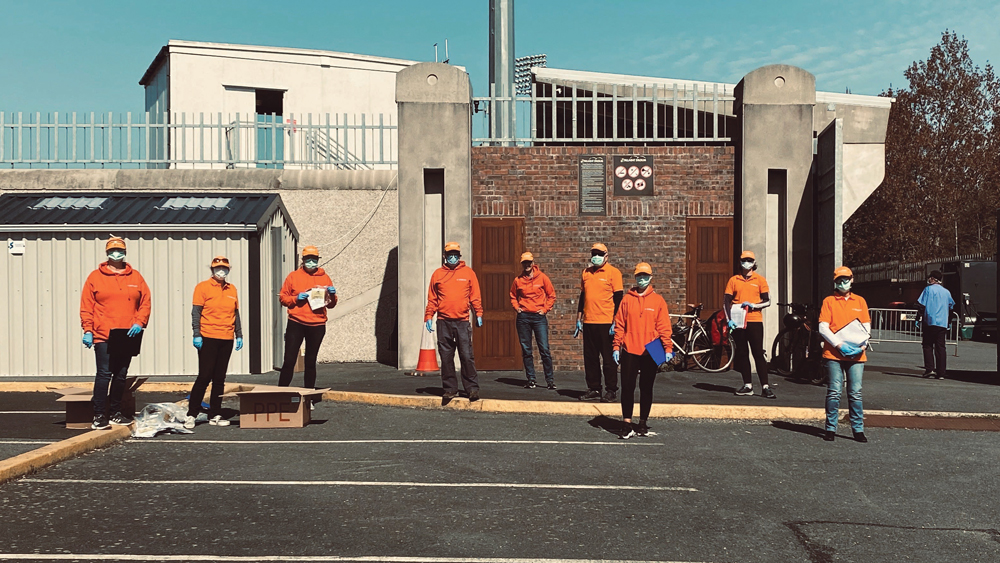 Volunteers outside Tallaght Stadium at a Covid-19 walk-in centre

A TEAM of 300 volunteers who supported the provision of more than 300,000 PCR tests and 500,000 vaccinations at Citywest is being recognised locally on International Volunteer Day.

Celebrated on December 5, International Volunteer Day is being marked locally by the South Dublin Volunteer Centre – which is raising awareness of the important role volunteers play in responding to challenges facing the world.

Fiona Sweeney, South Dublin Community Volunteers Manager, said: “We knew early on in the pandemic that volunteers would be crucial to supporting the nation, and over the last 18 months volunteers have been there every step of the way.

“When people are encouraged to work together the results are more likely to last, and we’ve seen that in the work of volunteers at Citywest.

“That’s why we want to inspire as many as possible to #VolunteerNow for our common future.”

According to Fiona, more than 300 volunteers have been engaged in the testing and vaccinations centres at Citywest, supporting the provision of over 300,000 PCR Covid tests and 500,000 vaccinations since the pandemic began.

Oonagh Prendergast is one of these 300 volunteers and she said: “I wanted to be part of the national response to Covid and was fortunate to start volunteering in Citywest.

“There is great camaraderie between the volunteers and a sense of appreciation from the public.

“It has been a very fulfilling experience.” 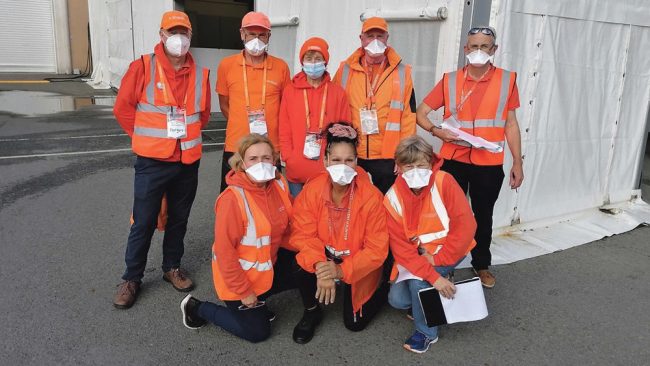 Barbara Lunga, who is also volunteering, said that being part of the response at Citywest has helped her to make new family and friends.

“I wanted to help out in the community and to get to know Irish culture better,” Barbara said.

“Volunteering in Citywest has helped me create family and friends.”

While volunteering supports communities, it also benefits the person donating their time – with many who volunteer highlighting the positive impact it has on their own life.

According to Citywest volunteer Bernard Fleming: “Volunteering encourages the will of the Irish to pull together and make a difference, it’s about being part of a community that wants to make a difference in people’s lives, it’s so overwhelming.

“It’s great to be part of a strong response from the people of Ireland and being part of a team in Citywest.”

Since the start of 2021, more than 1,000 people have registered to volunteer with the South Dublin County Volunteer Centre, and are supporting a diverse range of groups, organisations and charities right across the county.

This year’s International Volunteer Day slogan is #VolunteerNow and inspires everyone to ‘take action now for people and planet’.