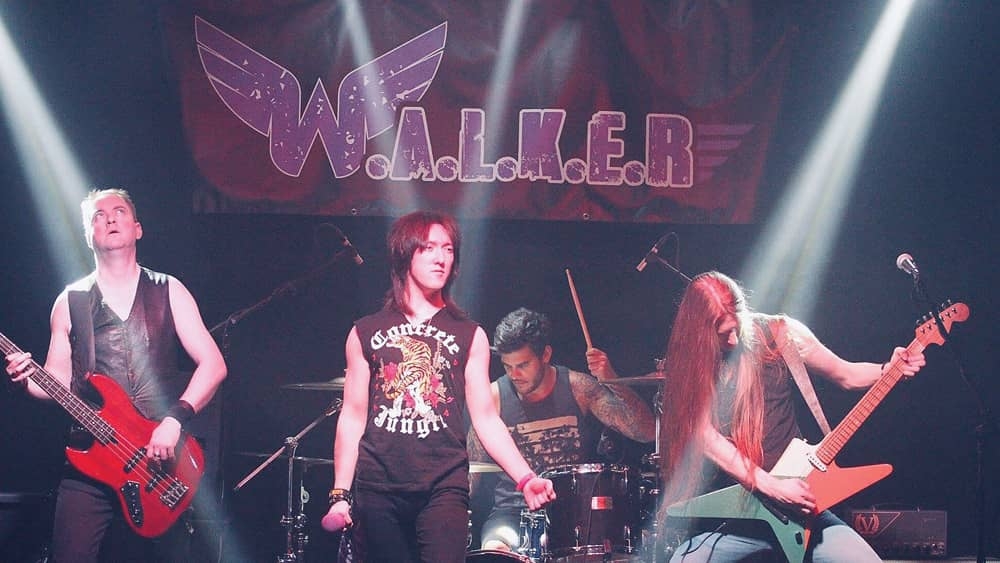 W.A.L.K.E.R: Bringing rock back with their exciting new single

W.A.L.K.E.R are a Dublin based rock and roll band that formed in 2017, with one goal in mind – Bringing rock back to a mainstream audience.

The band have worked with multi-platinum album producer Michael Wagener, who is known for his work with Metallica, Ozzy Osbourne and Queen, on their debut EP ‘Bringing Rock Back’, which was released in 2019.

The band performing on stage

The band is made up of frontman, Glen Walker, who is a Firhouse native, Kelan Hughes, Ali Cruz and Peter Jordan.

Glen spoke to The Echo about the band’s musical influences, their exciting new single ‘Spreading the Disease’, and what is next for them post pandemic.

How was the band formed?

I met Kelan at a K.I.S.S tribute concert and we were both just talking over the fact that nobody we knew in the music world really wanted to start a band together, so to make a joke out of it, it was kind of like the two people that couldn’t find anyone better.

We started to write songs together and I think we are very strong together.

Who are your musical influences?

Between the both of us, we would love Skid Row, Guns and Roses, Motley crue, Van Halen, and Bon Jovi in there also.

Myself personally, I grew up listening to a lot of Guns and Roses and The Beatles.

Even some of the older stuff like The Beach Boys and the kind of older music that derives into rock and roll then.

Tell me about your new single, ‘Spreading the Disease’.

It’s a song that I had the idea in my head for the intro and I wrote the song as a completely different song, it had a different title, and I brought the idea to Kelan and I said, here’s the song what do you think if we sit down and rehearse it and show it to the band and he said he liked it but would like to change the chorus. Kealan’s addition to the song was he wanted to change the music and the lyrics for the chorus.

It became ‘Spreading the Disease’ two years ago.

Your new single charted at number 5 on the top 100 iTunes rock chart, how does that feel?

We were charting over Bon Jovi, Guns and Roses and Queen so for me that was quite a pat on the back.

How has it been during the pandemic not being able to play concerts and shows?

In one sense it has been kind of stressful, because we want to get out and play, or even get the four of us in the same room together.

I haven’t even seen the guys in well over a year now. In another way, it’s good because we can take the time and come up with some new stuff for us.

Maybe it is a time to take a breather and calm things down and when all is right then we will get back.

Well, all going well, we have a show coming up in the Grand Social, so that should be happening on September 4.

We have more singles to release from our EP, ‘Bringing Rock Back’ and in the nearest future possible we will be doing more stuff with the EP on Youtube and online, so we are looking forward to that.