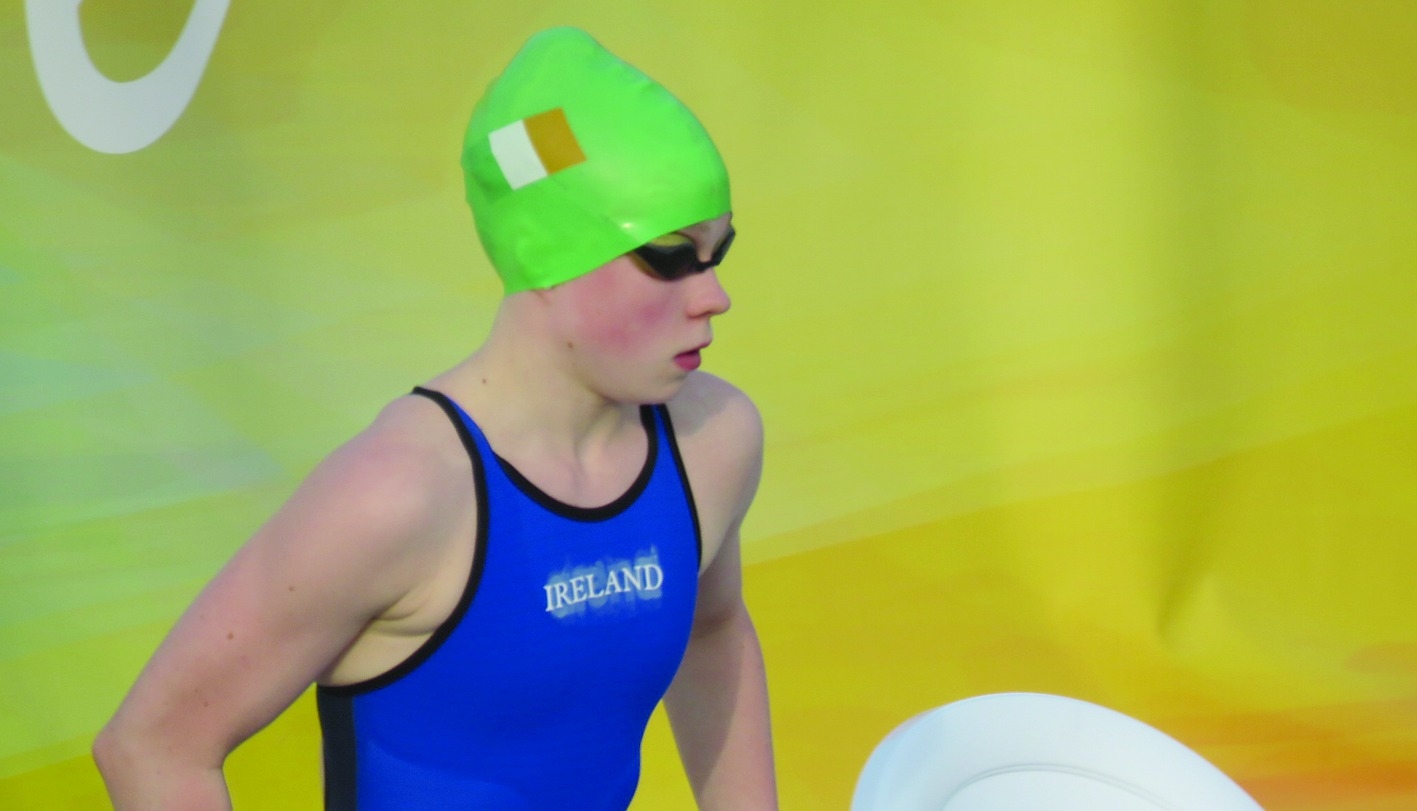 A STRONG group of Templeogue Swim Club member athletes lined out for a Regional Leinster team of 30 at the Stockport Metro November Open Meet in Manchester last weekend.

The club boasts the largest number of club athletes with eight training at their Templeogue base selected for this team.

After breaking an Irish Junior record in the 200BF just a fortnight before, Ellen Walshe (15) broke the 100BF record in Saturday’s heats with a stunning new best of 1:01.03 seconds – almost 0.7 seconds inside Sycerika McMahon’s time from 2011.

McMahon had been the holder of the 200m record which Walsh broke in the National Aquatic Centre some weeks ago.

Walshe also made the OPEN Women’s final, where she finished seventh after having bagged a silver in the Short Sprint 50BF event.

Her time was again inside the Irish record, but she needs to produce the same again at a recognised event.

Walshe and fellow Knocklyon native Niamh Coyne served as Leinster Captain and Vice Captain for the weekend and helped inspire some stunning swims.

Evan Rossiter returned home with a 100 per cent suite of PBs, while Joe Kenny carded personal bests in his primary events the 100m and 200m Breaststroke in which he was fourth in his class.

Robyn Lynch and Hannah Walshe finished sixth and seventh respectively in the 200BF, both carding PBs in the process.

The girls had opened up the weekend on the right note as both carded PBs in the 100BF, with Lynch progressing to the final and finishing seventh in a tough race.

Another Knocklyon athlete Niamh Coyne produced some strong swims with PBs in 400IM, finishing fourth in her age group, fifth in the shorter 100IM in another new PB and seventh in the 200FC.

She completed her strong weekend with a gold in the 200BS.