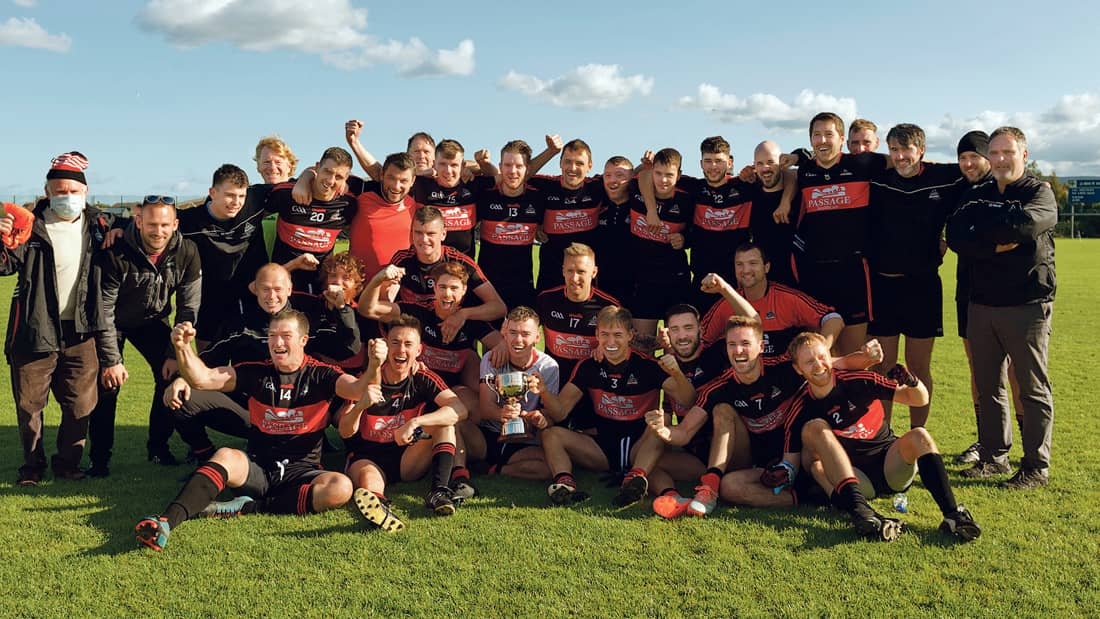 WANDERERS GAA Club finally ended a 52-year wait for an Adult Men’s Football Championship title after they managed to see off a huge challenge from Ballyfermot DLS in the Junior Two Club Football decider, winning out 1-10 to 0-8 on Saturday in O’Toole Park.

Clinical finishing may not have been the order of the day, but that might be forgiven with so much on the line, particularly for Wanderers who saw their four-point halftime lead whittled down to just one as Ballyfermot hit the ground running in the second period.

Indeed Mark Smith and Karl Delaney both struck over as the deficit was reduced to the bare minimum ahead of what would prove a pivotal final quarter.

Ballyfermot had the chance to take the lead, but three wides preceded a save from by goalkeeper Stephen Murray from Mark Smith’s attempt.

From there, Wanderers broke down the pitch in an attack that ended in a goal from Barry Downey, whose shot looped over the reach of goalkeeper Aaron Murphy after taking a deflection.

Wanderers were the more potent in the opening half, taking a 0-8 to 0-4 lead by the interval, although they registered four wides before Declan O’Donnell got them off the part.

Liam Murphy, playing with broken ribs, was understandably not is effective self from the placed ball, but still weighed in with four converted frees.

Centre half back Peter Reilly broke upfield for a fine score while Darren Delaney also struck over for the Ballyboden side.

At the other end points from Smith, Christy O’Sullivan, Kevin McBride and James Bracken kept Ballyfermot in touch and they looked poised to overtake in their bid for a second championship crown in four seasons.

But it was not to be as Wanderers stopped the rot with the aid of Downey’s goal which took his tally for the day to 1-3.

“We had 19 wides so we made it very difficult for ourselves, but in fairness to Ballyfermot, they had their purple patch and they brought it back to a point before the water break in the second half” recalled Wanderers manager Dave Farrelly.

“But we got a point immediately into the fourth quarter and we just kicked on from there.

“We trained all year for this very situation in case we were taken right to the wire.

“Our backs were fantastic, Eoin Lynagh was immense. We weren’t scoring the way we’d normally do, but we held our nerve.

“We brought on four subs and Scott Harding and Sean Heavey, coming in at corner forwards, helped push us on while Darren Murphy set up two scores.

“It was the first time in 52 years that the club had won a men’s adult championship title so it was a huge occasion.

“Unfortunately we weren’t able to celebrate the way we would have liked. There would have been huge crowds there, but the game was streamed and there was a huge demand for it with requests coming in from all over the world.

“Last year were we beaten in the semi finals and we were very disappointed with that, but look, we probably didn’t deserve to win it then.

“This year the lads really worked hard for this. When COVID hit they all went off and kept doing their own things, keeping fit.

“We had a squad of 25 or 26 lads there who wanted this so much and did everything they could to get it, so they definitely deserved that title” he said.