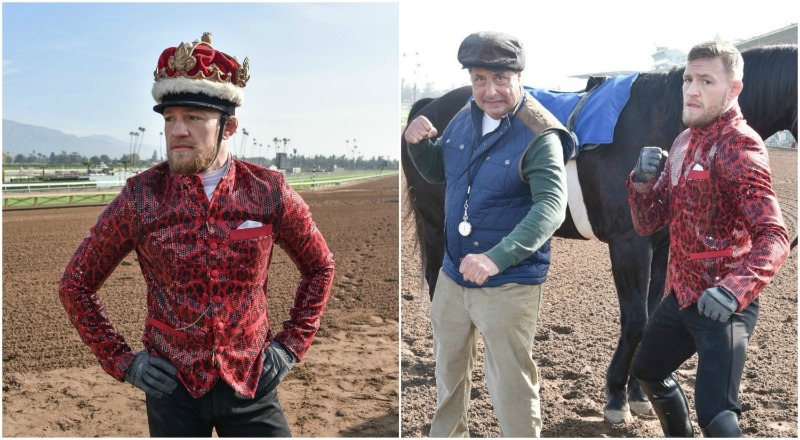 Having been tipped for Hollywood stardom for some time, local lad and UFC superstar Conor McGregor has made his acting debut in what has been branded as in ‘interesting’ role.

Starring alongside comedian Jon Lovitz, McGregor’s debut comes in the form of a short comedy series which portrays the UFC star as the 13th jockey in the world’s richest thoroughbred race, known as the Pegasus World Cup Invitational.

In the first part The Notorious seems to be a natural on front of the camera, and it’s hard to know whether he is acting at all, with his brash personality shining through from start to finish.

Having had a little taste of what is to come, we can’t help but look forward to the next instalment.

Here are more highlights of Conor McGregor’s Q&A about the “13th Jockey” pic.twitter.com/H5VQYuIKqx

If all that was not enough, some of the Q&A with McGregor about the comedy series has also been released, and the comedy certainly does not stop once the cameras stop rolling!