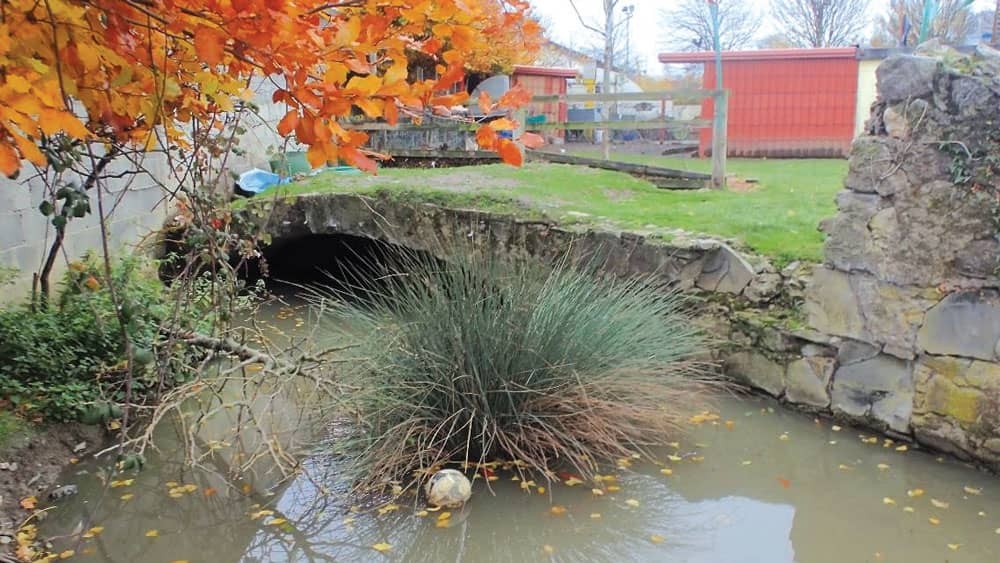 SOUTH Dublin County Council has confirmed that the 200-year-old bridge that was removed at Whitestown Way during construction works will be reinstated following completion of the project.

As reported in The Echo recently, there was outrage when locals spotted the removal of the 200-year-old bridge at Whitestown Way.

The historic bridge, of which the stone arch and a stretch of wall remains, is believed to date back to the 1830s and is located on what was the old road to Tallaght.

The removal of the bridge was part of the development of the older persons social housing project between Tallaght Stadium and Sean Walsh Park on Whitestown Way by Clúid Housing Association and South Dublin County Council.

During the public consultation for the development, there were submissions lodged calling for the protection of the remains of the bridge and it was agreed that the structure would be incorporated into site works in the housing development.

Following the disappointment and shock from people in the area, South Dublin County Council issued a statement regarding the removal.

In the statement, the council acknowledged that commitments were made for the existing bridge structure to incorporate it into the development to address concerns that a feature of local interest and value would otherwise have been removed to facilitate the construction works for the new development.

After it was dismantled

They went on to say: “While the Council were cognisant of the need to remove, conserve and reinstate the structure as part of the construction programme on this basis, unfortunately we were not in a position to advise local Elected Members of the specific time the works would take place as advance notice was not given to us on the timing of the works.

“Clúid Housing have acknowledged that this should have been better managed as they also recognise the significance of the bridge to the local community.  This is in accordance with the plans submitted during the Part 8 planning process. Given the age of the structure it was agreed to dismantle and remove it off site for safekeeping.”

According to the council, Clúid Housing has confirmed that the bridge material is being properly and securely stored on the contractor’s private compound off-site and will be reinstated as a feature on the site prior to completion.

Large sections of the brick arch are still intact and will facilitate the reinstatement, as none of the materials that were removed have been or will be disposed of.

The council also said that because the site is not within an Architectural Conservation area, the remaining bridge structure is not recorded in the National Inventory of Architectural Heritage or in the National Monuments Services and Monument Record or listed in the Record of Protected Structures. A heritage officer was not engaged on the removal of the bridge.

Clúid Housing will consult with the Council and local community representatives on the specific details of the proposed reinstatement which is scheduled to take place early in 2023.