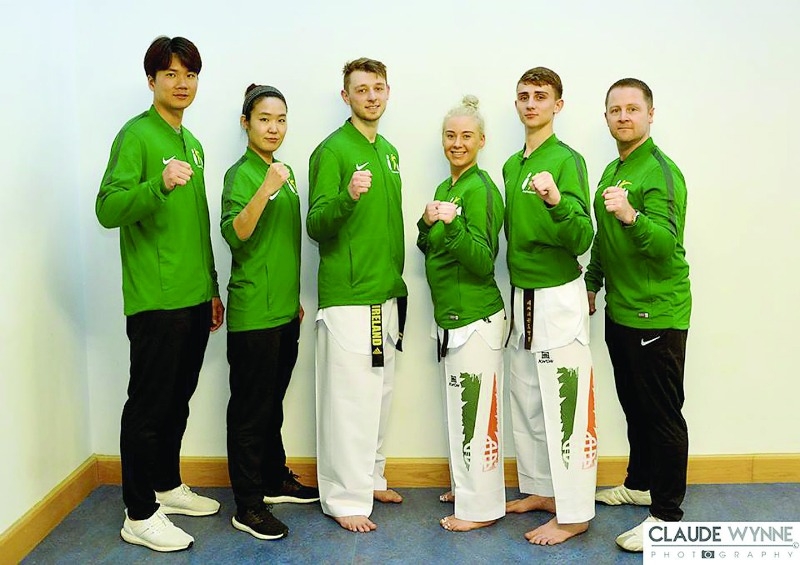 Jack Wooley has been declared the Number One seed in the 54kg weight division, and will hope to improve on his fifth place finish at the previous World’s in Chelyabinsk Russia.

He was one of the youngest competitors at the 2015 competition, and impressed by notching up three wins, belying his young age.

The Jobstown fighter has been on fire this year, with a medal haul of three gold and one silver and two bronze from the six international tournaments he competed in.

Woolley suffered heart-break in 2016, narrowly missing out on a place at the Rio Olympics.

There is 120 Olympic ranking points on offer to the winner in Korea, and securing top spot in the competition would go a long way towards the Tallaght man qualifying for the 2020 Olympics in Tokyo.

Woolley will be joined on the flight to Muju with his South Dublin Taekwondo club mate Shauna Bannon.

A recent convert to taekwondo, the Tallaght fighter is already a renowned Martial Arts competitor, having won gold at the Kickboxing World Championships in Russia in 2013, as well as other International and European titles in the discipline.

The crossover athlete will be competing in the 53kg division, where she too hopes to represent Ireland at the Tokyo Olympics.

The World Championships take place from June 24-30, and hopes are high the two fighters will take gold and thus made a big leap towards qualifying for the Olympics in the process.