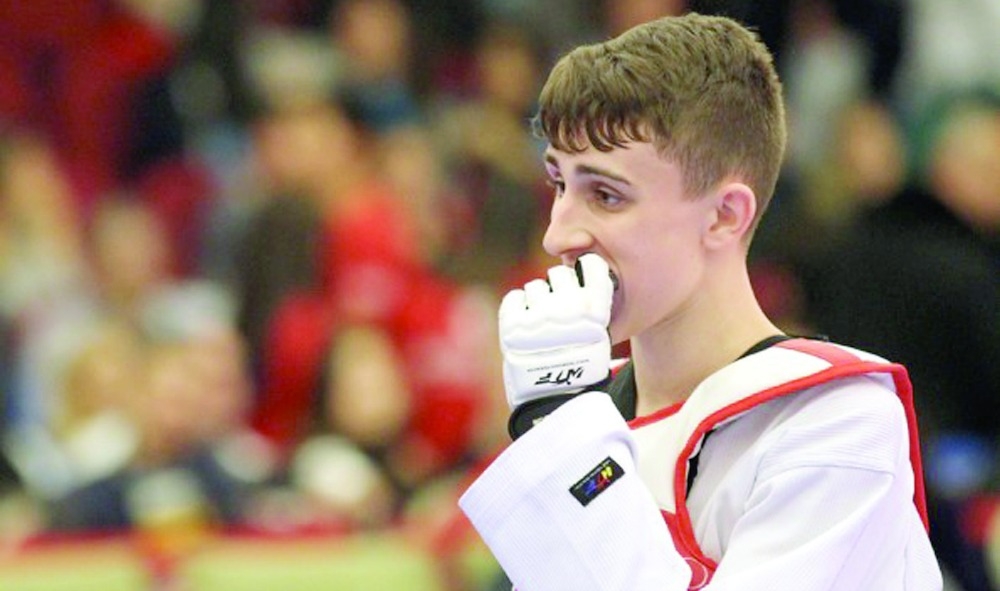 Woolley upbeat despite loss in Azerbaijan

LOCAL Taekwondo star Jack Woolley recently competed in the WTF Gala Finals in Baku Azerbaijan, which is billed as ‘a collection best of the best’ battling it out to be crowned ultimate champion in the sport.

It was the ultimate confirmation of his rise to prominence in the Martial Arts discipline, in which he has won many medals.

This was Jack’s first taste of a Grand Prix event, and only his second time fighting in the tougher 58kg weight division.

Despite losing in the first round 14-2 to the European 58kg champion Mourad Laachraoiu of Belgium, his coach Robert Taaffe had a lot to be positive about.

“We know coming away that justbeing selected for the event was a massive achievement.”

He added: “There are four more Grand Prix next year, and we hope with another year behind us, Jack can make some inroads in these events”.

It has been a phenomenal year for Woolley, winning silver in the US Open, gold in the Canadian equivalent and silver in the European Championships in Turkey, among other feats.

The 3rd Dan Kukkiwon from Jobstown has come a long way in the six years since he won his first black belt in Taekwondo.

He is now ranked third in the world in the 54kg category.

Woolley has certainly put behind him the heartbreak of narrowly missing out on qualifying for the Rio Olympics, and given his current form overall, few would bet against him being on the plane to the Tokyo Olympics in 2020.