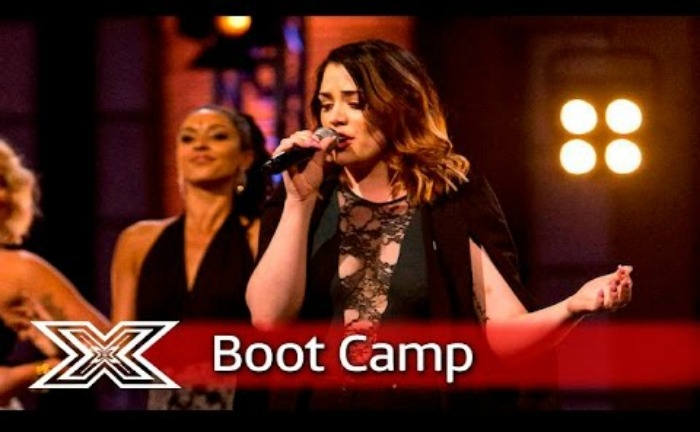 TALLAGHT X Factor hopeful Janet Grogan is set to face the music this weekend, when she takes to the stage at Wembley’s SSE Arena for the televised talent show’s.

Hailing from Kingswood, Janet (28), who works in the Tallaght Leisure Centre, spoke with The Echo only days before she is due to perform in front of a live audience – as the four X Factor judges whittle their groups down to just six acts.

After making it through boot camp, Janet discovered that she will be mentored by judge Sharon Osbourne, who this year has the overs’ group – but first, the passionate Tallaght singer has to make it through the six-chair challenge this weekend.

Janet got to the six-chair challenge in 2014, when then mentor Simon Cowell gave her the boot – a decision which he has since said he regretted.

Speaking with The Echo this week, Janet said: “This time round is miles different from my first time.

“It’s much more positive and I’m a lot more clued into what’s going on.

“I’m also a lot happier in myself this time round and feel more confident – plus Simon Cowell’s recent comments has instilled confidence in me too.”

She added: “After my first experience on the show, I went home and retrained my voice completely – as I was not singing in a healthy way.”

Sounding energised and relaxed while speaking with The Echo on Tuesday, Janet said that being an X Factor contestant involves gruelling 16-hours days – but that despite the busy schedule, this is where she wants to be.

“There is a lot of work involved and a lot of pressure, which can be mentally and physically exhausting – the X Factor is not an easy way to get a career like some people think.

“However, it’s all worth it and I wouldn’t change a thing.”

She added: “The overs is definitely the strongest category plus there is a mix of the sexes, which means you’re up against the girls and the lads.

“Most people in the overs category have gone through years and years of hard graft and I think the older contestants have more passion to be here than some of the younger ones, just because they have been trying for longer.”

Working full-time and gigging at night for the past two years, Janet has put her heart and soul into her craft since being sent home from the show in 2014, with the talented and honest singer hoping that it’ll be a case of ‘second time lucky’ in 2016.

When asked where she would like to be with her singing career, Janet concluded: “In terms of a performer, I am the kind of singer that sings from the heart and I want to sing in venues where people are listening – I want people to listen to what I have to say and the message I have to give, and I think I can definitely do that.”

Watch Janet, whose performances to date have garnered a lot of positive comments and online support on the six-seat challenge, which will be aired this Saturday and Sunday, September 24 and 25.