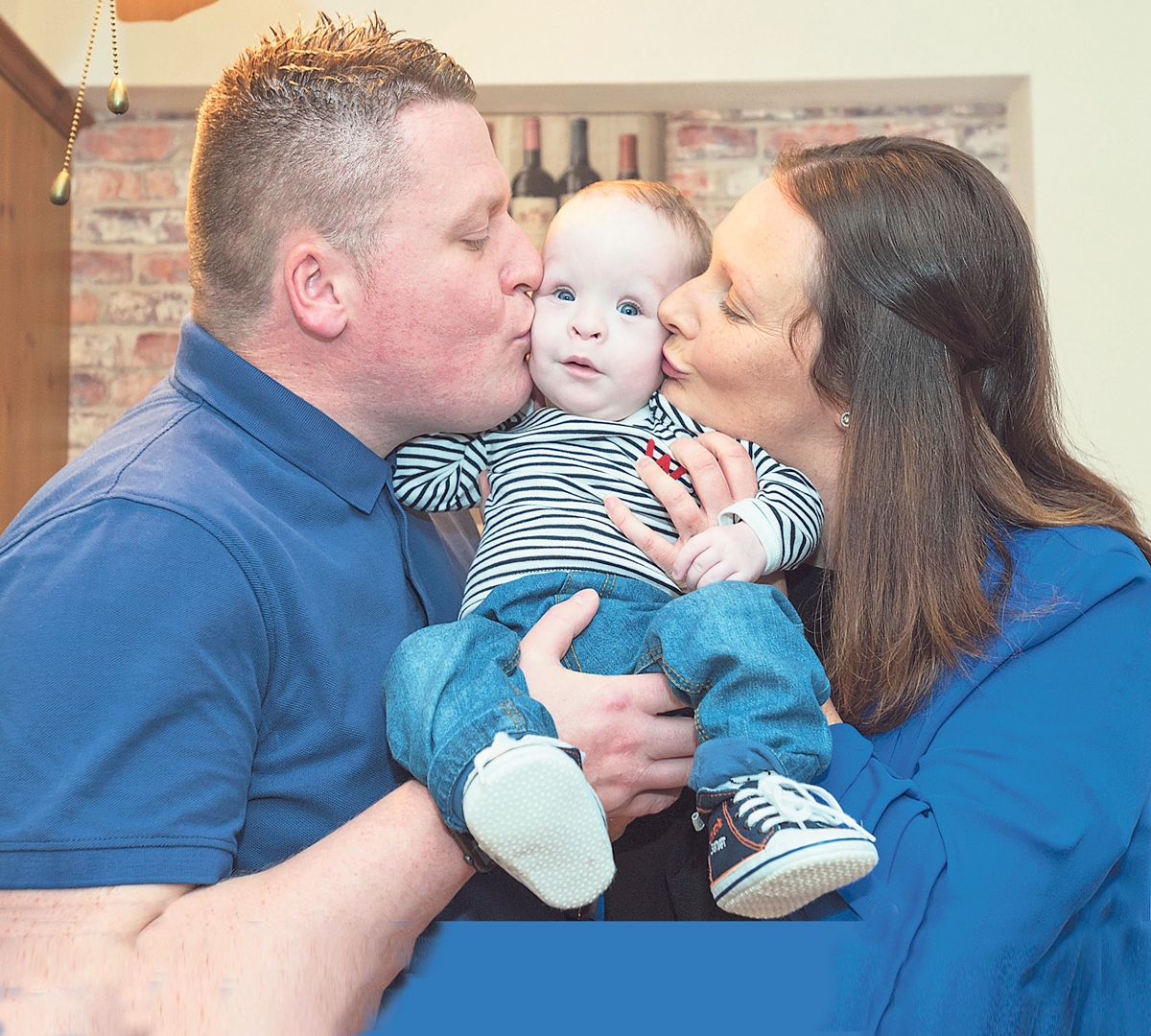 Another busy month, with proposed housing developments generating heated debates in communities, the mixed response to the Government’s annual Budget, and the massive planning in place by local authorities to tackle anti-social behaviour in the lead-up to Halloween.

Firemen described the scene in Drimnagh on Halloween night as similar to the movie ‘Black Hawk Down’.

Three expectant mothers going through complications with their pregnancy were visited by Padre Pio healer Jimmy Wynne and within 24 hours, each woman gave birth, including Simon and Lisa McClean from Clondalkin.

Simon and Lisa McClean from Clondalkin with their baby Frankie

Tributes are paid to disability rights activist Aaron Abbey, who sadly passed away on September 29.

Clondalkin drug projects team up with Irish Rail and gardai to increase support services in the ‘drug tourism’ sector – initiated after the tragic death last year of a young man who had travelled to Clondalkin from the country to buy drugs.

An inquest determined Adam Muldoon (23), a young man with cerebral palsy, died as a result of stab wounds in June at Butler Park, Tallaght.

An online petition was started by community group Litter Mugs against a proposal by SDCC to build 81 older person units at a site between Sean Walsh Park and Tallaght Stadium.

In Clondalkin, Our Lady Queen of the Apostles National School and Clonburris Church celebrated 40 years.

The Direct Provision centre in Clondalkin announced it was to close in December, but over 200 residents subsequently learned it was to remain open until the summer.

Tallaght University Hospital opens a new outpatient clinic at the SIMMS building in Tallaght Cross – the first in a series of moves to relocate outpatient services to community locations. TUH were also awarded a contract for a €20m renal unit.

Legendary entrepreneur Tom Moran, of Red Cow Moran Hotel fame, picked up the Business Person of the Year at the South Dublin County Business Awards, a popular choice on the night for the ‘miracle man’.

The Rebuilding Ireland Home Loan first-time buyers scheme was criticised after it was revealed just nine applicants had drawn down a loan with SDCC, since it was launched in February.

A number of schools in Lucan, Tallaght, Citywest and Firhouse, are among 42 nationwide that face structural assessment inspections. This followed fire safety concerns discovered in five primary schools built by Western Building Systems.