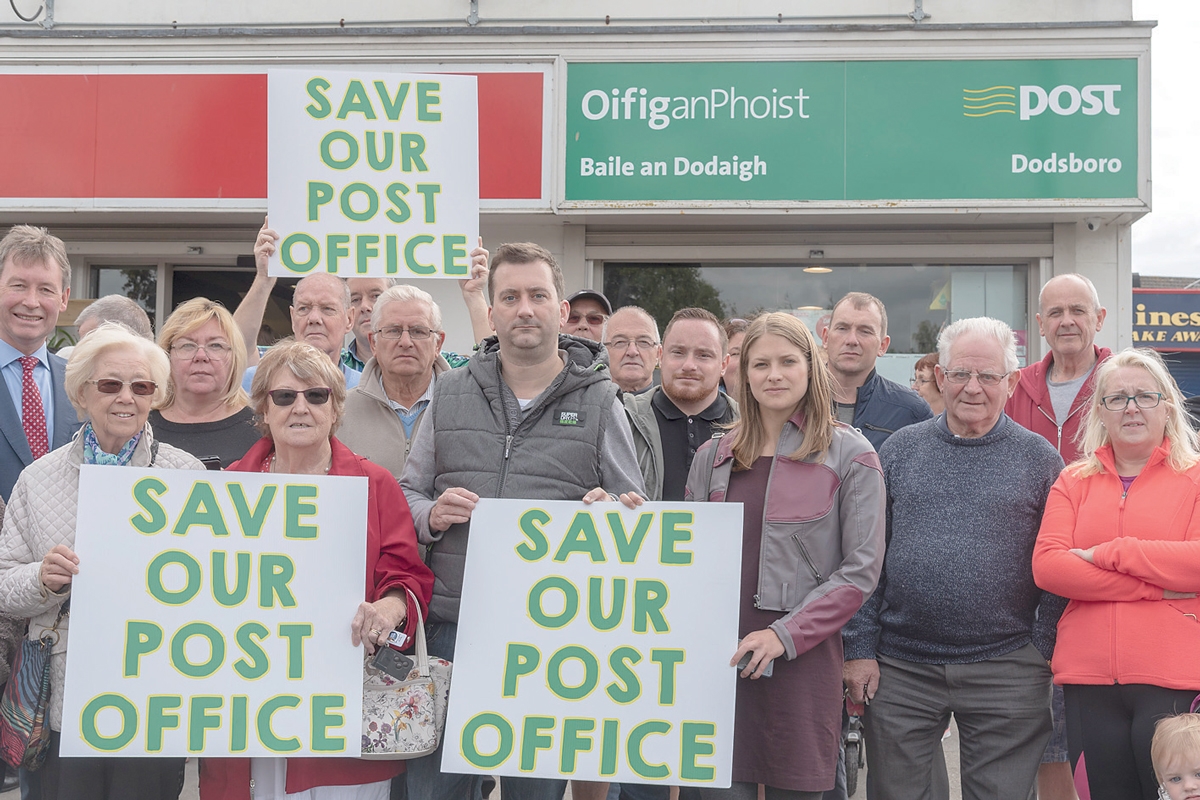 South Dublin County Council makes a €27.3m bid through the Government’s Urban Regeneration and Development Fund, to re-energise Tallaght via a number of key projects.

A number of the Dublin players were pictured in Our Lady's Children's Hospital, Crumlin, during the All-Ireland Senior Football Champions visit in September.

The removal of Dublin flags along the Tallaght Bypass ahead of the 2018 All Ireland Senior Ladies’ Football Final was branded a “disgrace” by local GAA fans.

The flags were reinstated after South Dublin County Council blamed a contractor for removing them prematurely.

More than 1,000 people signed a petition urging Dublin GAA to keep the popular golf centre at the Spawell in Templeogue open.

Dublin GAA bought the site in 2017 for a reported €9m to develop a centre of excellence and the golf centre closed at the end of the month.

After local pressure, the Postmaster agreed to stay on until January.

Minister of State Catherine Byrne was criticised by councillors for “misleading the public” over proposals for 470 homes at St Michael’s Estate in Inchicore.

Deputy Byrne previously clashed with Housing Minister Eoghan Murphy over the issue, but later supported her party colleague who withstood a motion of no confidence by Sinn Féin.

Across local communities hundreds of young pupils celebrated their first day at school as they started Junior Infants.

Bus routes across Tallaght, Clondalkin and Ballyfermot came under fire from anti-social attacks, leading to fears about the future of certain routes, with the proposed revamp of the Dublin network in full swing.

An inquest into the tragic death of cyclist Luby Maryori Ramirez (39), found she suffered catastrophic injuries in a collision with a truck at a busy roundabout junction between Whitehall Road and Templeville Road.

The future of historic lands at De La Salle in Ballyfermot remain a mystery after the monastery site was sold – the buyer yet to be known publicly.

Protestors raise concerns about the homelessness crisis ahead of a vote by South Dublin County Council on the Kilcarbery housing land in Clondalkin.

A video of Jobstown mother-of-three Danielle Mahony (29), who spoke to The Echo about her fears for an upcoming eviction, was viewed over 40,000 times.

Leaving Cert student Glen McHugh Farrelly (16) from Clondalkin, was one of many who campaigned outside the Dáil, hoping the government will fund miracle drug Spinraza to treat rare condition spinal muscular atrophy.

Pick up a copy of the Echo, out December 27, for more coverage and pictures from 2018!