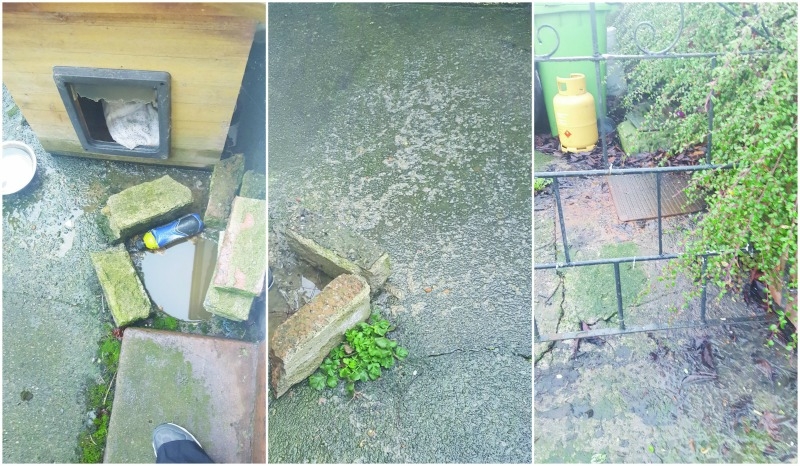 BLOCKED sewer drains are causing problems for a Ballyfermot mother, who says she is left to battle the problem “through no fault of my own.”

She paid for a contractor to clean the drains in March 2016, but says the problem resurfaced over Christmas in her back garden.

“There is a main sewage drain in my neighbour’s garden which is completely blocked to the point that it drains my back garden,” said Celine.

“Sewage is coming out of them directly outside my back door. At one stage it was leaking out the front garden onto the main road. But now it can’t go any further, it has gone back to the back garden.

“I paid for it to be unblocked last year. They investigated the drain for my house and my neighbour’s house, and said it would need an industrial clean, as they were years of rocks and dirt.”

Celine says she contacted Dublin City Council, Irish Water, and her local TDs, but feels she is on her own.

She continued: “DCC say they can’t come out because I am not a council tenant. This is a health hazard through no fault of my own. I’ve seen evidence of rats in my shed, and when I walk into my house, I can smell sewerage. Either I pay for it to be unblocked again and again, or I don’t and it will end up blocking drains for other houses on the road.”

A spokesperson for Irish Water said: “Maintenance of mains sewers in public property (in the road or footpath) is the responsibility of Irish Water.

“Properties such as those at Ballyfermot are often served by a private shared drain in the gardens of the houses, as this was a conventional method of connecting a number of houses by single connection to the public sewer.

“Maintenance of private service connections is the responsibility of the residents connected to the drain up to the point at which it connects to the public sewer, including when located in the garden.

“Responsibility for clearing blockages or repairing defects in these drains is a matter to be decided between the residents who are served by the drain.”

Irish Water said blockages in shared drains can be caused by defects in the pipe or by flushing unsuitable matter such as disposable nappies, cooking oil or grease into the system.

“Unsuitable material can accumulate in the interceptor trap in the final private outfall manhole, which can lead to overflows into the garden area.

“We encourage all customers to remember to follow the advice in the ‘Think Before You Flush’ campaign to help tackle the problem and help prevent blockages in drains and sewers.”