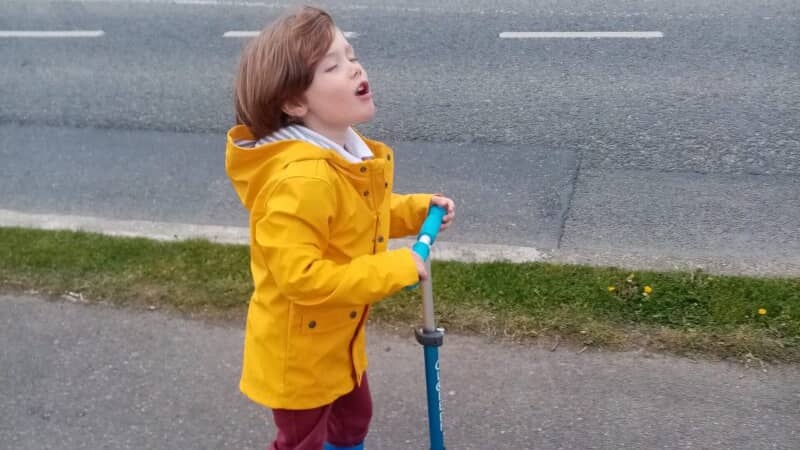 Young Bowie scoots in his boots raising €1k for CRY

A YOUNG boy took his hobby of scooting and turned it into a fundraiser, raising over €1,000 for charity CRY.

Five-year-old Bowie from Tallaght decided to take part in a “scoot in his boots” to raise much needed funds for CRY, which helps raise awareness for Sudden Adult Death Syndrome (SADS) and support families following their bereavement.

Bowie raises over €1,000 for charity CRY through his hobby scooting

Bowie’s mother Rachel said that the fundraiser came after watching her friend Emily Mc Keogh speak about the death of her fiancée Killian on The Late Late Show, who tragically lost his life due to SADS.

Emily spoke about the support she received from CRY following the loss of Killian and Rachel decided that herself and Bowie would do something to help the charity in Killian’s honour.

The ‘scoot in his boots’ fundraiser entailed Bowie travelling 150 kilometres during the month of April on his scooter all while donning his wellies.

Rachel said the fundraiser almost had to come to a halt half-way through April when Bowie’s scooter was stolen and broken.

“I had been putting up the progress everyday up until then, but I had to put up a picture of the broken scooter and said that there will be no pictures for the next few days. Smyths had no scooters, and because of Level-5 there was no click and collect or anything,” explained Rachel.

Rachel says that within 24 hours, five people had offered to buy Bowie a new scooter so he could continue on with his fundraiser, but it was Clinton Glennon, owner of GoSk8 in Tallaght Village who came to the rescue when he delivered a brand-new scooter to their house within days.

Little Bowie finished his last scoot at the end of April and completed all 150km in his welly boots in 30 days.

If you would like to donate to Bowie’s fundraiser for CRY, you can do so HERE.