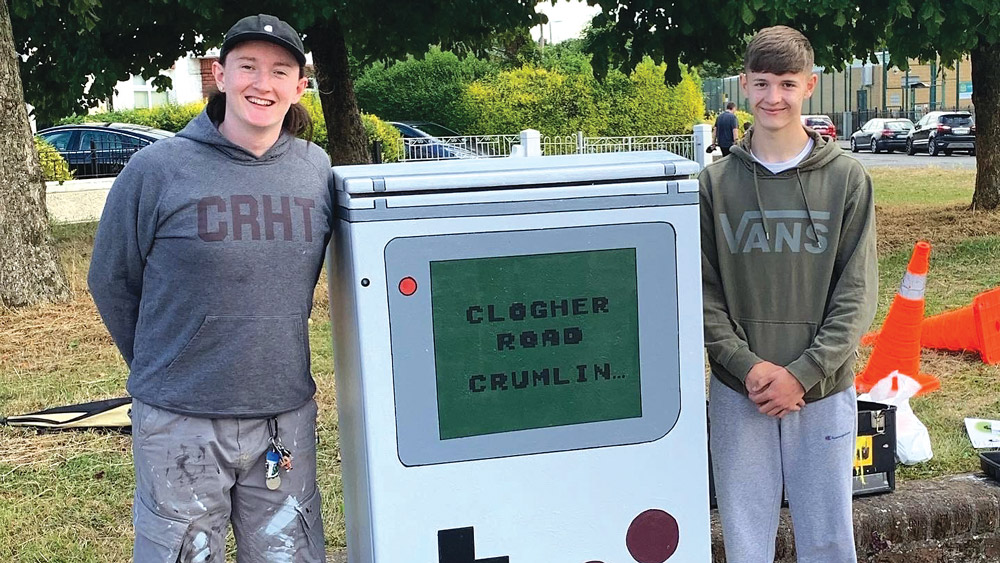 Some classic 1990s nostalgia has been brought to Clogher Road in Crumlin, with the transformation of a utility box into an art piece depicting a Game Boy.

The creation is the work of 22-year-old graphic designer and Crumlin native Ethan Rooney, who spent three days working on the project while being ably assisted by his brother Tristan.

The piece was commissioned as part of the Dublin Canvas project, which sees utility boxes around the city and county become arresting art pieces.

Ethan, who is a past pupil of St Mac Dara’s Community College in Templeogue, wanted to use his art piece to represent his childhood growing up in the area.

“When I was doing my sketches – many of which went into the bin – I decided to try and incorporate the shape of the utility box into my design to make it really pop and stand out as best as I could,” he told The Echo.

“I fully went with the idea of the Game Boy as it was a huge part of my childhood, along with other Nintendo consoles that were handed down from brother to brother.”

He added: “It took around three days to complete, so roughly around four to five hours each day.

“It would have taken longer if I didn’t call for back-up, which was my little brother Tristan. 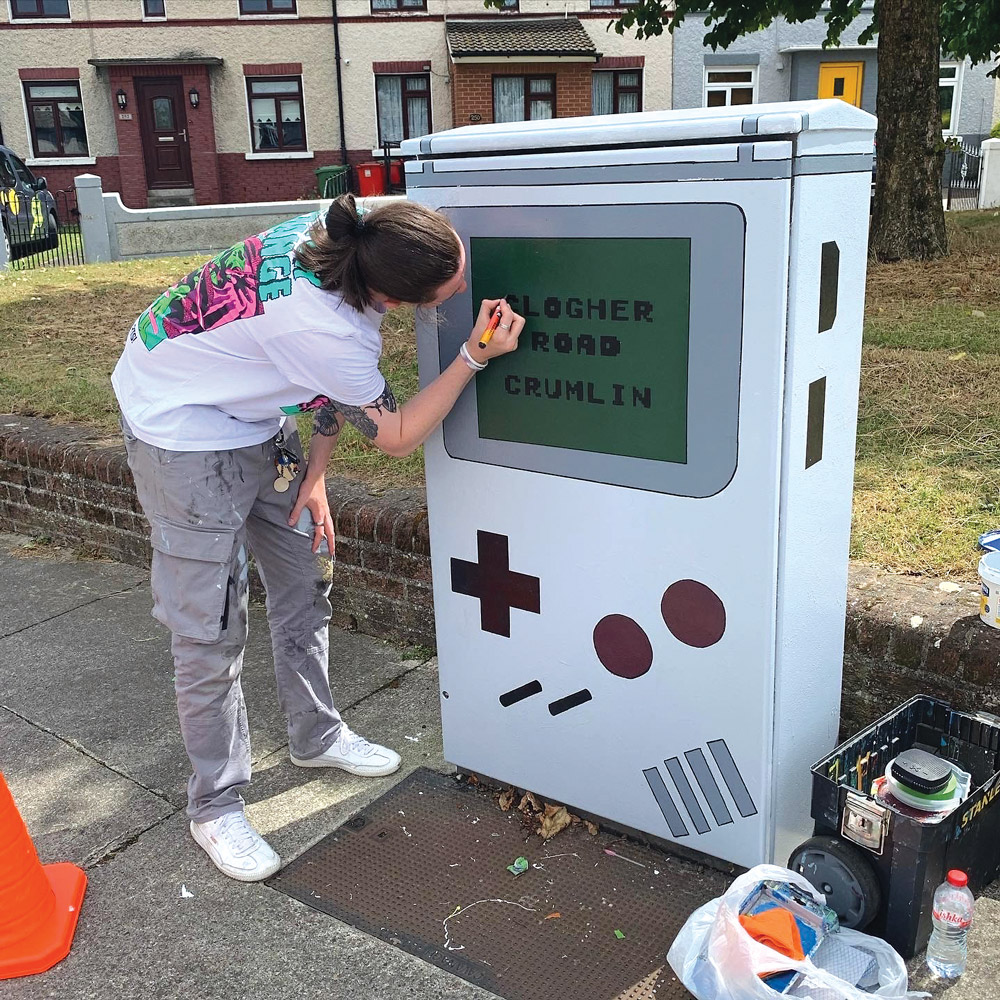 “It was a great feeling between me and him, and to actually see the design in the real world was an incredible moment for the two of us.”

The Game Boy art piece now takes pride of place on Clogher Road since it was completed on July 31, and Ethan said he’s pleased with the feedback it has received.

“I’ve had nothing but positive feedback from my family, friends and anyone that has seen the box in person as well as on my Instagram page,” he said.

“It was quite surreal having people come up to us and compliment our work, and it was even crazier seeing them take pictures to send to their mates.

“Having a piece of my artwork in a place where I grew up is such a huge accomplishment.

“I could have chosen a few locations around Dublin but when the location in Crumlin came up it was a no-brainer on which to pick – it means the world to me having it just around the corner from where I grew up.”