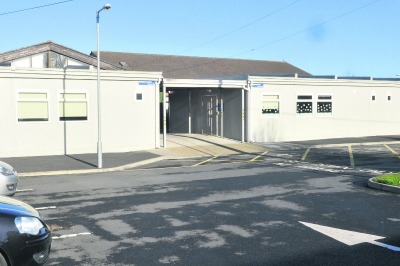 20 schools to be built in county in €2.8bn five-year investment

OVER 20 Schools will be built in South Dublin County under the Governments five-year plan of capital investment in schools which was announced on Tuesday.

The Minister for Education and Skills, Jan O’Sullivan, TD announced the programme this week.
Minister O’Sulllivan said:“Over the next six years we will invest approximately €2.8bn in providing high-quality school accommodation throughout the country.

“This is a very tangible sign of this Government’s commitment to educational investment.”

Minister O’Sullivan said that the projects announced in the plan will provide 62,000 additional school places over the lifetime of the plan. She said that it will also eliminate the need for any school to use pre-fabs as a long-term accommodation solution.”

She added: “This investment plan is about looking to the future and ensuring that our school infrastructure is well prepared to accommodate our growing school population.

“The number of children attending both primary and post-primary schools is continuing to grow and taking a long-term, planned approach now is in the best interests of our future students and their parents.”

Other projects to get the green light in 2016 include St Joseph’s College in Lucan, Lucan Community College, Kingswood Post Primary in Tallaght and the Holy Family Community School in Rathcoole.

Projects that will go to construction in 2017 include Gaelscoil Chluain Dolcáin and Gaelscoil na Camóige both in Clondalkin and a Special school at the New Children’s Hospital in St James’s.

Projects that will start construction in 2018 include Naomh Maelruain (Jnr) and Naomh Maelruain (Snr) both in Old Bawn in Tallaght, St Thomas Junior National School in Jobstown, Tallaght, and Ballinteer Educate Together National School in Dublin 16. Other projects starting building in 2018 include Gaelcholáiste an Phiarsaigh in Rathfarnham and Stepaside/Ballinteer Educate Together Senior School.

Welcoming the news, Dublin Mid-West TD Joanna Tuffy said: “I am extremely pleased that Dublin Mid West has featured so strongly in the much-anticipated School Capital Plan today, and that Minister Jan O’Sullivan has prioritised a number of critical projects.”

She told The Echo: “As a local Labour TD, I have been tirelessly working with Minister O’Sullivan on behalf of schools in the community, highlighting the need for greater investment and better education infrastructure for Dublin Mid West which has such a high proportion of children of school going age.

Therefore I’m glad to see good news emerge for the locality today because I know it will vastly benefit the community.

This follows the completion and opening of several new schools and extensions in the constituency under the 2011 to 2015 School Building Programme. I commend the local school Principals, staff, parents and Boards of Management who have worked hard to get these extensions and buildings for their pupils”.